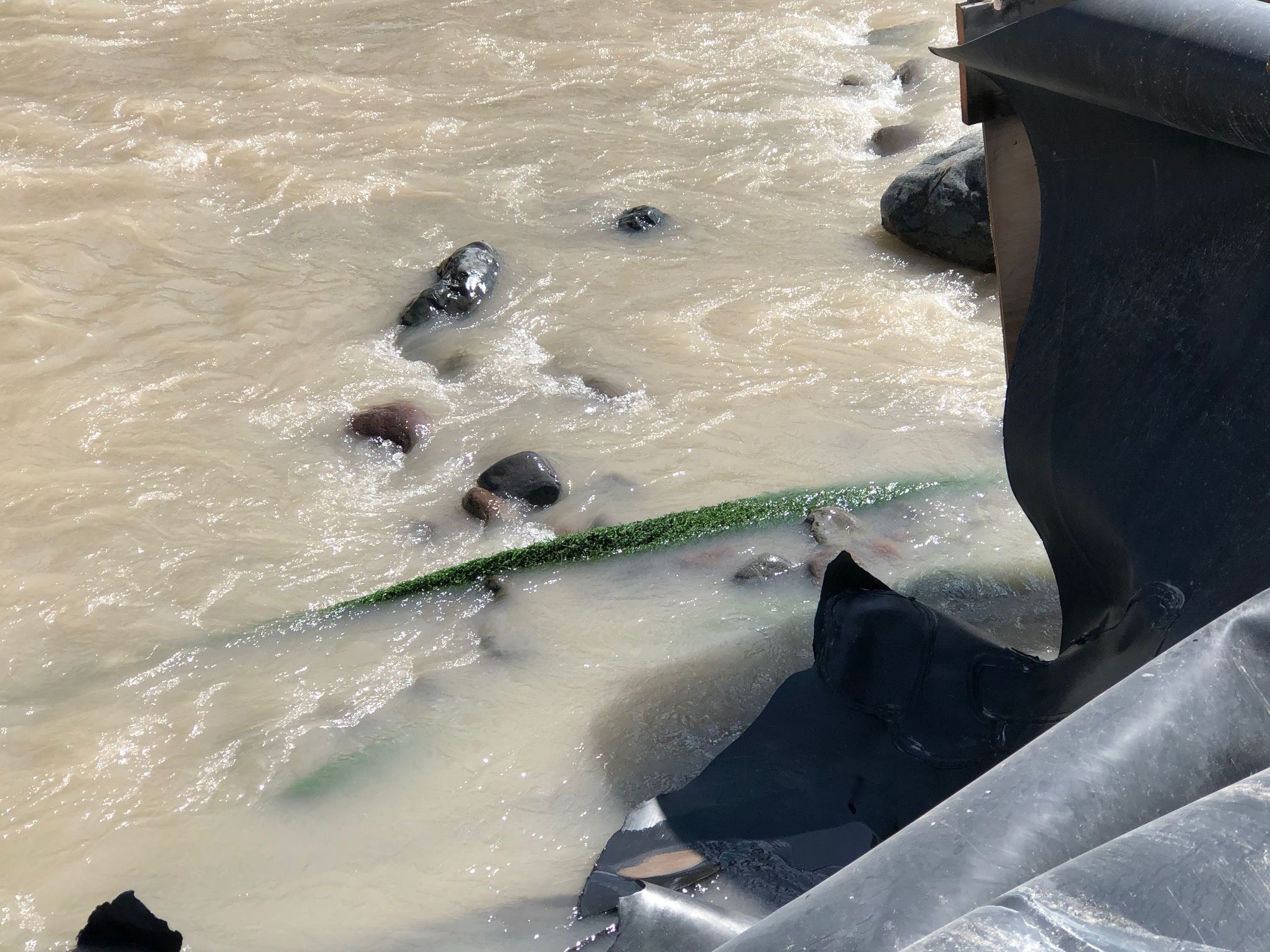 Citing the inexcusable environmental harm caused by irresponsible management of Electron Dam, Pierce County, Washington, Executive Bruce Dammeier has issued a letter imposing a series of mitigation steps the owners must take. Working with the Puyallup Tribe of Indians, Dammeier’s goal is to remove the 12-foot-tall wooden dam from the Puyallup River.

The Puyallup River Watershed is home to the only spring chinook salmon run in the region, as well as other fish species. Chinook salmon are a critical food source to orca whales.

The Spokesman-Review reported in late August that unpermitted use of artificial turf at the dam began in July, with a spill and subsequent large fish kill occurring on July 29. “Rubber debris already is likely more than 40 miles downriver in Puget Sound,” the newspaper said. The artificial turf was used during reconstruction of parts of the dam. “According to the consultant’s report [on the spill, prepared for Electron Hydro], the company, as part of its work on a bypass channel at the dam, placed 2,409 square yards of FieldTurf on the channel between July 20 and 27. The turf was intended to function as an underlayment for a plastic liner put on top of it.”

The letter sent to Electron Hydro indicates the county’s previously issued stop work order (from Aug. 7) will remain in effect and requires the company to immediately stabilize the site, remove the potentially toxic artificial turf and buried concrete culverts, along with a long list of other obligations.

In the letter, dated Sept. 11, Pierce County says, “The deposit of FieldTurf and its crumb rubber component in the Puyallup River for this project is tragic and demonstrated inexcusable decision making. Pierce County will require that Electron Hydro, LLC. take all necessary steps to clean up the environmental damage caused by its actions and prepare the project for the upcoming winter.”

While specifying the series of mandated steps to mitigate the severe environmental damage caused by Electron Hydro, the County Executive intends to move forward with all parties and agencies involved to have the dam removed as soon as possible.

The Electron Hydropower Project was built in 1904 and begins about 6 miles west of Mt. Rainier National Park. Water is diverted from the river along a 10.2-mile-long wooden flume (topped with a railroad) to a forebay, then plunges 875 feet downhill through steel penstocks to the 26-MW powerhouse.

The project diverts up to 400 cfs of water and must maintain minimum instream flows for all aquatic life living downstream in the river reach before diverted flow returns to the river from the powerhouse.