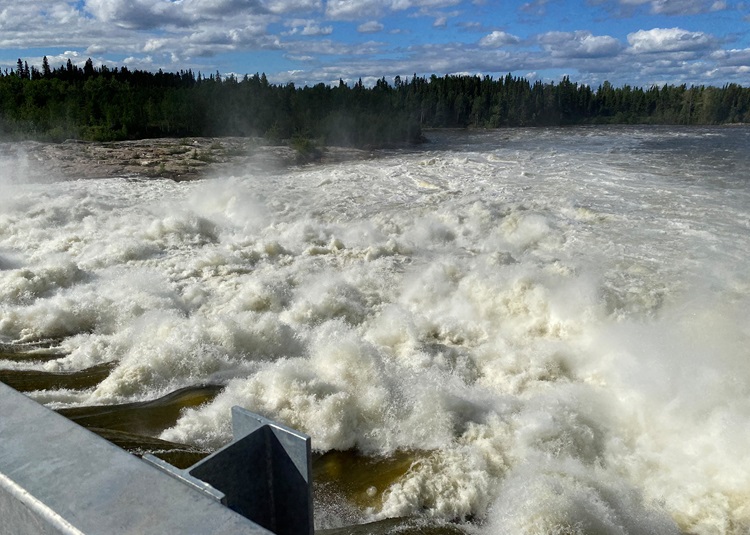 Unprecedented heavy rainfall in northern Saskatchewan has put SaskPower’s 111-MW Island Falls Hydro Station in a state of emergency, according to a press release. Due to high water levels on the Churchill River, the Saskatchewan Water Security Agency (WSA) is involved in making release plans throughout the river system. As part of this effort, SaskPower is working closely with WSA to release significant water from the facility’s spillway.

SaskPower released a summary of the situation on July 8:

Water releases of 500 cubic m per second started on June 30, and another 200 cms started on July 6. Releases were increased another 300 cms on July 8. Water levels may remain at very high levels for the next month or longer. Additionally, WSA has requested that White Sand Dam, on the Reindeer River, release water at full capacity because Reindeer Lake is full.

As we perform the necessary releases, water can back up. Some water may enter the Island Falls Hydro Station, and SaskPower is preparing pumps and other measures in case this happens. The company has employees onsite 24/7 to monitor and respond to this situation. Contractors and the community of Sandy Bay are helping to build up site access roads. At this time, there has been no significant damage to Island Falls.

The Island Falls Hydro Station has been in operation for 90 years. The powerhouse contains 10 turbine-generator units. In 2005, record flooding occurred in this region. This year, SaskPower says it anticipates meeting or exceeding these records.

SaskPower owns a total of 27 generating facilities, eight of those being hydro.