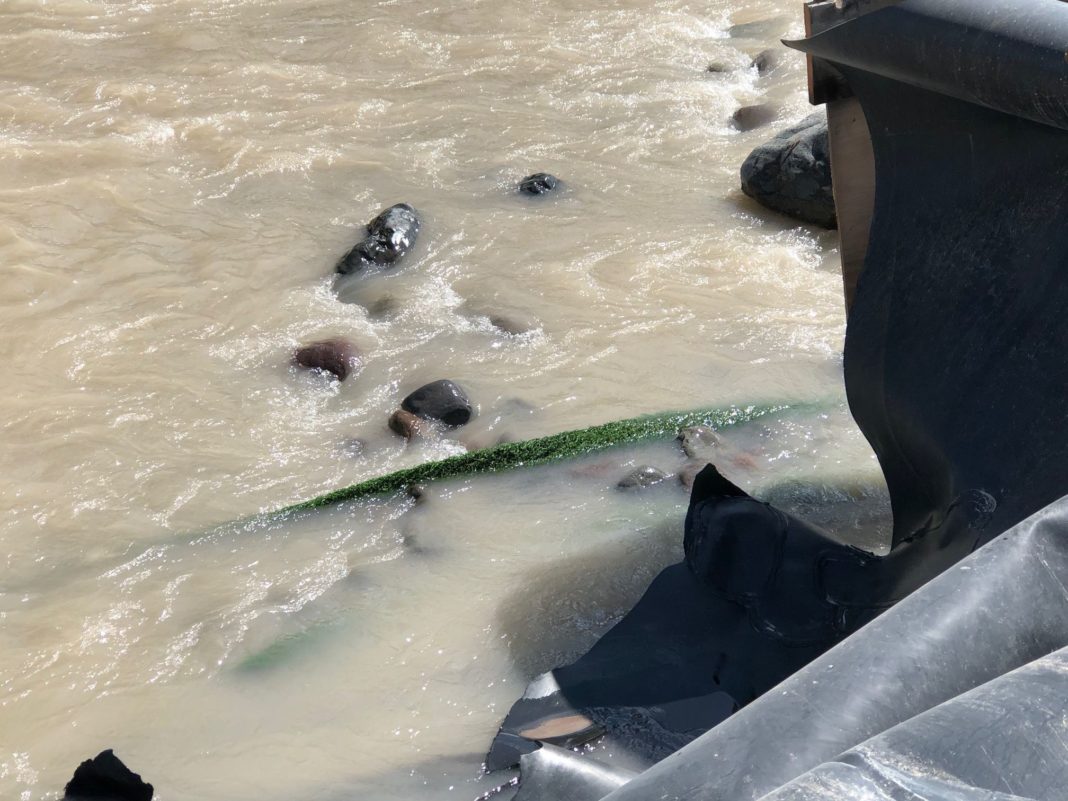 The material broke away from an in-stream construction site in Pierce County in late July. Pieces of sports turf were found up to 21 miles downstream. Deposits of ground-up tire rubber — used as padding for the turf — were believed to extend to the river’s mouth and possibly into Commencement Bay in Tacoma, 41 miles downstream.

The turf and its crumb rubber padding material are toxic when ingested by fish and other aquatic life. Puyallup River steelhead, bull trout and chinook, a critical food source for southern resident orcas, are all protected under the Endangered Species Act.

“These toxic materials had no place in the river,” said Ecology Director Laura Watson. “The force of the water tore the turf apart, washed it down river, and sent it right into the food web. This is an environmental tragedy that didn’t have to happen.”

Electron Hydro produces electricity by diverting water from the river, 10 miles through an elevated flume then back to the river through a 26-MW powerhouse. Last summer, the company started construction to replace its diversion dam and water intake structure, built in 1903. The work included building a temporary bypass channel to divert the river away from the construction area.

As part of a lining for the bypass channel, Electron Hydro installed sheets of sports turf. The company had not requested authorization to use that material when it obtained permits for the construction from Pierce County, the U.S. Army Corps of Engineers, the Washington Department of Fish and Wildlife, and Ecology. Plastic liner was placed on top of more than 2,400 square yards of the sports turf and crumb rubber.

The river was diverted into the bypass channel on July 28, 2020. Soon after, river rocks that shifted in the flow breached the liner and discharged about 617 square yards of sports turf and an estimated 4 to 6 cubic yards of crumb rubber downstream.

Electron Hydro did not report this release to Ecology or the other permitting agencies. A citizen reported to Ecology on July 30 about the use of sports turf and crumb rubber in the river. The company later informed Ecology that it had begun cleaning turf materials from the river and shorelines and reported early in its cleanup that it had placed 13,000 pounds at a landfill.

The remaining portion of liner and turf at the construction site were left in place until the river was returned to its main channel on Oct. 25. Pieces of exposed sports turf continued to discharge into the river during that time.