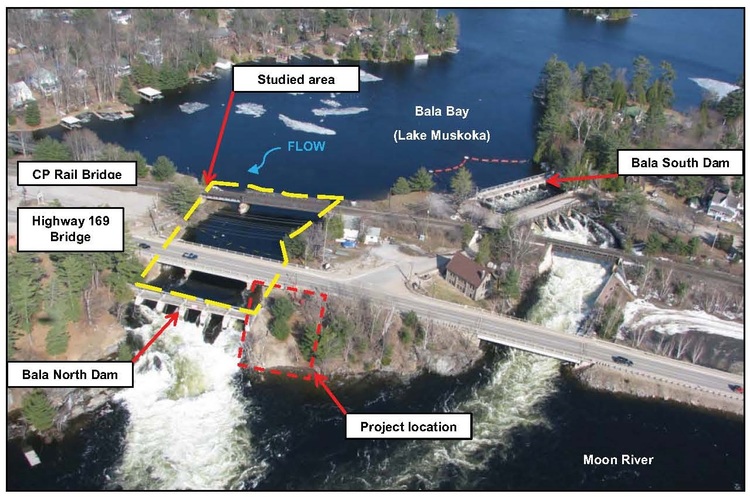 Swift River Energy Limited (SREL) announces that the 4.7-MW North Bala generating station will be undergoing final testing as early as Jan. 8, 2020, which will last for about three weeks.

Initially, testing will be carried out from 7am to 6 pm. About halfway through the period, testing will occur for 24 hours a day, including weekends. Upon completion of final testing procedures, the power plant will be going into operation.

Testing procedures have been prepared by experts. Plans have been carefully developed with the Ministry of Natural Resources and Forestry and Ontario Power Generation. During testing, SREL will coordinate with them several times a day. Daily variations in water flows will cause some fluctuation of water levels, but the test program has been prepared to maintain water levels within the Best Management Zone as outlined in the Muskoka River Water Management Plan for various reservoirs from Lake Muskoka to Go Home Lake.

MNRF will continue to operate the Bala North and South dams during this time, SREL says.

SREL was established in 2004 with a mission to develop the North Bala Falls Small Hydro Project. This is a run-of-river facility at the south end of the North Dam, located in the town of Bala, Township of Muskoka Lakes, Ontario, Canada. The project is expected to offset 20,000 tonnes of CO2 annually.

SREL is part of the Horizon Legacy group of companies, which specializes in renewable energy and commercial developments. The company has completed power projects in Canada, Germany and the U.S. It has a project in development in Sweden and is developing two waterpower projects in Ontario.