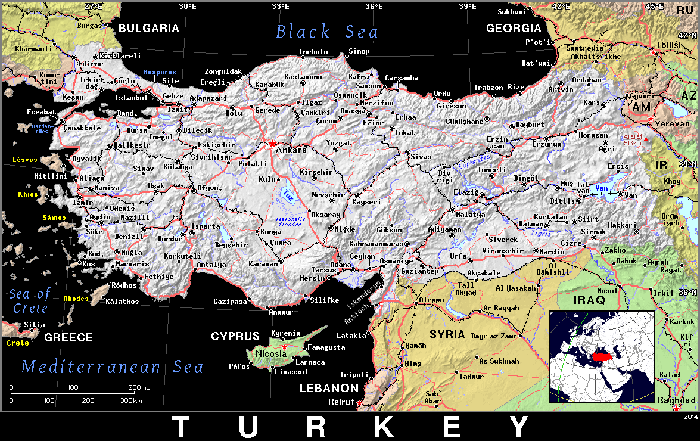 GE Renewable Energy announces that the last of three units at the 500-MW Lower Kalekà¶y Hydropower plant, at the Lower Kalekà¶y Dam in Turkey, has been connected to the grid and the plant has gone into full commercial operation.

GE’s Hydro Solutions was the leader of a consortium that provided three vertical Francis turbines including the control system, balance of plant and switchyard. Lower Kalekà¶y will be the sixth largest hydropower plant by installed capacity in Turkey developed by the private sector, according to a press release, supplying about 1 million people with clean energy.

“Today Turkey is only using 60% of its economical hydroelectrical potential. For us at Kalehan Energy, the Lower Kalekà¶y hydropower plant is a crucial milestone in making our vision a reality of Turkey utilizing its national hydroelectric energy potential in the most efficient way and supplying its energy demand in an environmentally—friendly, clean and sustainable manner,” said Gà¼ltekin Keles, general manager at Kalehan Energy Group. “Lower Kalekà¶y is also the first of its kind hydropower plant in Turkey with a composite dam body design, which comprises both a reinforced concrete dam body and an asphalt core embankment dam. In addition, it is the first hybrid power plant in Turkey with 500 MW hydro and 80 MW solar powerplant under the same license.”

Located on the Murat River, Lower Kalekà¶y is the third project executed by GE in the same region on behalf of Kalehan Energy Group. Turkey is a rich country in terms of hydroelectric sources. Installed Hydropower capacity is more than 28.8 GW, but there is an additional economical potential of up to 50 GW. The country has seen a 6% annual average growth rate in energy demand over the past 15 years.

GE Hydro Solutions built the turbines in Taubate, Brazil. The first unit was completed in May 2020. Units two and three followed in November and December 2020.

“Congratulations to Kalehan Energy and all the parties involved on the successful start of commercial operations of the Lower Kalekà¶y Hydropower plant. The fact that the plant is now up and running is clear proof of the commitment and the resilience of the entire team that completed the project against the backdrop of the pandemic and the challenges that came with it,” said Pascal Radue, chief executive officer of GE Renewable Energy Hydro Solutions. “I am very proud to see GE Hydro Solutions at the forefront of hydropower development in Turkey. As GE Renewable Energy, we have delivered one out of five operational turbines and one generator out of three under operation in the country since early 20th century.”