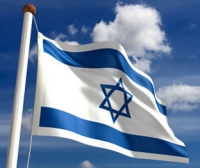 Alkemy, an environmental plastic recycling technology company, announced it will supply sealing protection sheets made out of 100% recycled plastic to a pumped storage hydroelectric plant being built in Kochav (or Kokhav) Hayarden National Park.

Alkemy said the unnamed plant is being built by “one of the largest energy and real estate conglomerates in Israel.” Hydro Review previously reported on construction of the 344-MW Kokhav Hayarden plant in Israel, which we suspect is the unnamed facility.

At this hydroelectric facility, the water in the top reservoir will flow through a vertical tunnel nearly 500 m long into a 40 m-high hall containing two turbine-generator units that will convert water power to electricity. When there is excess electricity in the network, the turbines rotate in the opposite direction, turning into pumps that raise the water back to the upper reservoir.

The complete project will span five years, and about 330,000 square feet of the recycled plastic sealing surface protector will be used to seal the plant’s two water reservoirs, which will hold 2.7 million cubic meters of water, according to a release.

“We are honored to supply the first ever sealing protector made of 100% recycled plastic bags for this advanced green electricity project,” said Shmulik Porre, Alkemy’s chief executive officer. “Although this is a small project by our scale, it cuts to the core of what we do: making our environment more sustainable.”

Alkemy has developed a recycling process for plastic bags and sheets traditionally not considered economically viable for recycling (which are one of the largest plastic pollutants in the world). Alkemy’s process includes both recycling and finished product manufacturing in a single process called “waste-to-product,” allowing Alkemy to reduce the cost of recycled plastic as raw materials.