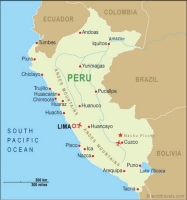 The International Centre for Settlement of Investment Disputes (ICSID) reported that a three-person tribunal has been established for a dispute involving the US$52 million, 20-MW Mamacocha hydro project in Peru.

According to BNamericas, in September, ICSID registered a claim filed by U.S. company Latam Hydro and its Peruvian subsidiary CH Mamacocha against Peru’s government over alleged interference by central and regional authorities related to environmental permitting and contractual issues.

Months earlier, the energy and mines ministry declared inadmissible a rights of way request from CH Mamacocha for the aqueduct, reservoirs and hydroelectric works after the company missed a deadline to respond to observations to the request.

According to the developers, these actions have prevented financial closure for the run-of-river plant in the southern region of Arequipa.

Moreover, the hydro project appears as a “latent” conflict in ombudsman Defensorà­a del Pueblo’s latest social conflicts report due to opposition from a group of residents in the district of Ayo who argue the project would impact the Mamacocha lagoon.

CH Mamacocha was a winner in Peru’s third renewable energy resources auction held in 2013, with an offer to supply 130 GWh/year at US$52/MWh.

The 20-year contract was signed the following year, with an initial commercial operations date of January 2017, which had been extended to this month. Construction has yet to begin.

In other recent hydro news in Peru, Hydro Review reported in January that the country added nine power plants in commercial operation in 2019, seven of which were hydropower facilities.