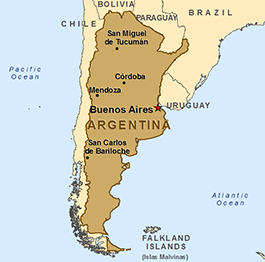 A consortium comprising local and international companies has presented the only offer to build the US$1 billion Portezuelo del Viento hydro project in Argentina’s Mendoza province.

Portezuelo del Viento includes a 185-m-high dam on the Colorado River, with reservoir capacity of 1,940 hm3. The dam will protect the surrounding area from floods and help with agricultural irrigation. The powerhouse will contain three 70-MW turbine-generator units. The project will also allow transferring water to the nearby Atuel River.

Portezuelo del Viento’s budget will be covered by the Argentine state under a deal struck between the previous administration of Mauricio Macri and Mendoza authorities involving previously unfulfilled agreements. Mendoza officials said frequently the province will pursue legal action if the payments are not transferred according to schedule.

Impsa offered to hire and buy 80% locally and subcontract more than 50 Mendoza small and medium-sized enterprises. Other local companies could be subcontracted throughout the process, which will involve 20,000 jobs, the company said in a release.