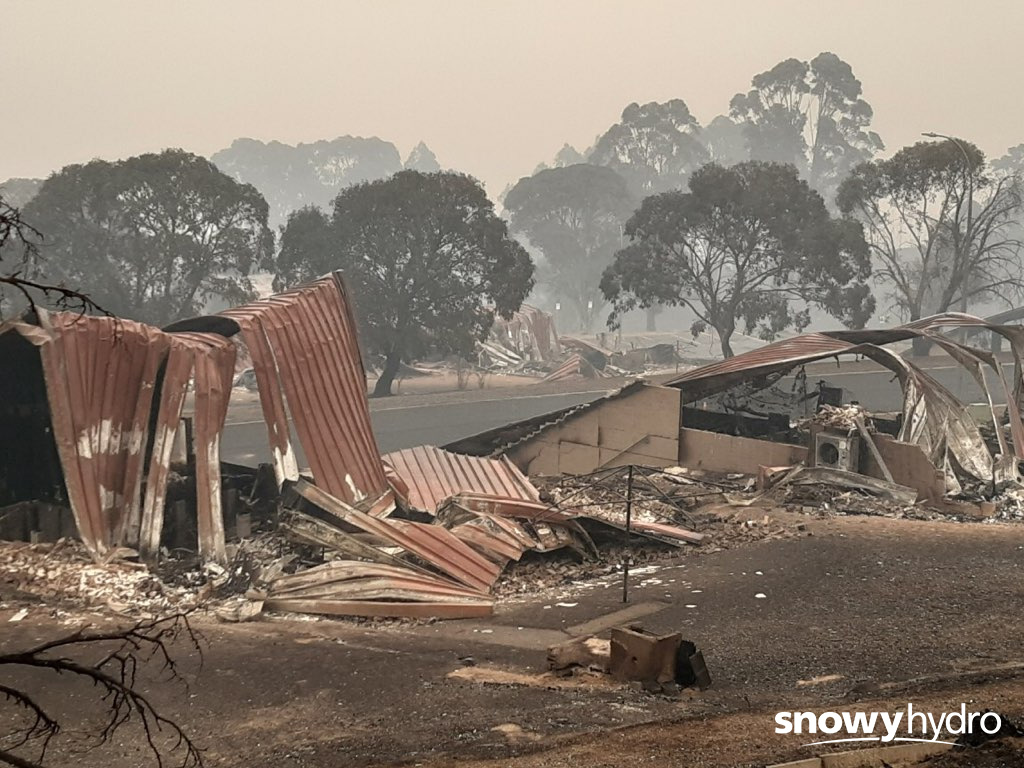 Although its power stations appear to have avoided major damage, Snowy Hydro reports it has “lost a number of other assets” in its Snowy Hydro scheme due to the bushfires.

This includes expected equipment damage at Lobs Hole, in the Kosciuszko National Park, where the construction site for the 2-GW Snowy 2.0 pumped storage plant is situated. Additionally, in Snowy’s operational township of Cabramurra, “a significant number of houses and buildings have been lost, including the school and old ski club,” the company said on Facebook.

Over the past weekend, the bushfires reached the mountains. “The most important thing is that our people, their families and the local community are safe,” Snowy Hydro said on its Facebook page. “Our staff were evacuated from our regional areas and sites last week, well before the fires came through.”

Snowy Hydro says it will wait to access the fire-affected sites when it is safer, to assess the full extent of the damage. The company pledges to “rebuild as quickly as possible.”

Snowy 2.0 will connect the two existing dams of the Snowy Scheme, Tantangara and Talbingo, through underground tunnels and an underground power station with pumping and generating capacity. The underground powerhouse will contain six reversible Francis-type pump turbines. The capacity of the plant is designed for 2,000 MW and allows 175 hours of storage. The first power out of Snowy 2.0 is expected as early as 2024.