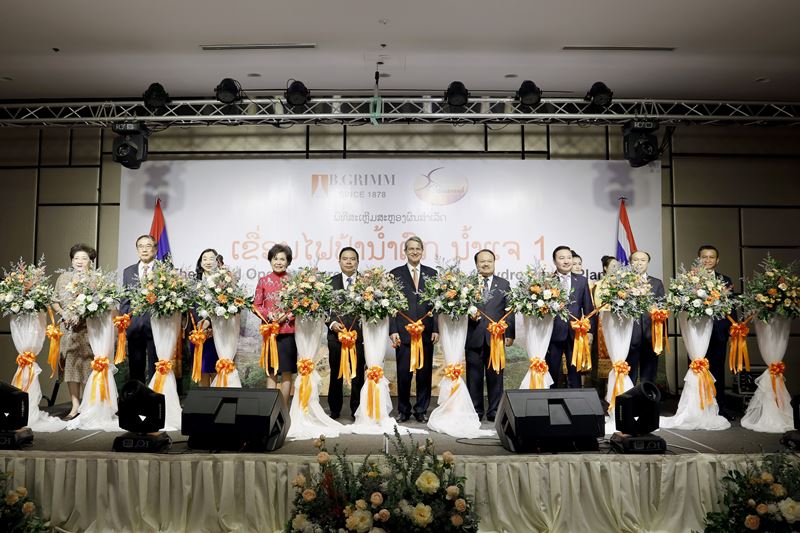 The run-of-river hydro project is on the Nam Che River in the Xaisomboun province and was estimated to cost US$49 million to develop. Construction began in 2017, and the commercial operation date was June 2019.

In addition to Dr. Harald Link, chairman of B.Grimm, and Preeyanart Soontornwata, president of B.Grimm Power PCL., representatives were in attendance from Daosavanh, the Ministry of Energy and Mines, Électricité du Laos (EDL), and the Ministry of Xaisomboun Province.

The project developer, Nam Che 1 Hydropower Company Limited, is a joint venture between B.Grimm Power Co. Ltd. and Daosavanh Co. Ltd. Daosavanh is an engineering company in Laos. EDL will buy the power generating by the facility, with a contracted capacity of 15 MW under a 25-year power purchase agreement.

B.Grimm Power is a unit of Bangkok, Thailand-based B.Grimm Group.