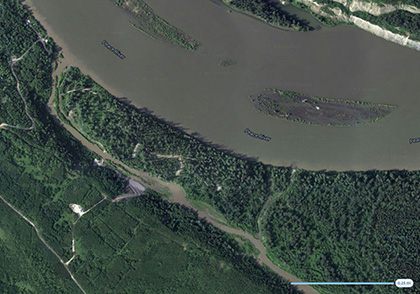 BC Hydro announced last week it may begin a controlled spill at its W.A.C. Bennett and Peace Canyon dams, ahead of river diversion for the construction of the 1,100-MW Site C hydroelectric project in the fall of 2020.

The Canadian provincial utility says the spring snowmelt and significant rainfall in the Peace Region has led to higher-than-average water levels in the Williston Reservoir. To ensure Site C construction activities can be conducted safely, BC Hydro may release water at its W.A.C. Bennett and Peace Canyon dams to maintain appropriate space in the reservoir. This may be in addition to normal generation discharge from the dams at this time of year.

If required, BC Hydro said spills at the two dams could begin last week and last for up to several weeks, depending on a number of factors, including the weather.

The controlled spill is not expected to lead to any water management issues along the Peace River. Flows downstream of the Site C construction site are expected to be much less than what occurred during the spring snowmelt and recent rainfall events.

Site C involves the construction of an earthfill dam spanning more than 1 km that rises 60 m over the riverbed of the Peace River. The principal civil engineering contract also includes major auxiliary works such as construction of 5 km of cofferdams and the two recently completed river diversion tunnels, as well as various temporary access roads and bridges.

Once in operation, the project will provide about 5,100 GWh of energy each year to the province’s integrated electricity system. It will ensure the supply of clean and renewable energy for more than 100 years, to an average of 450,000 homes per year in BC.

In June, ACCIONA — the leading partner of Peace River Hydro Partners (PRHP) — announced it has completed an important technical milestone on the Site-C project, having finalized the construction of the twin tunnels to divert the Peace River.