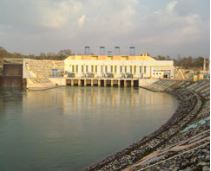 Bharat Heavy Electricals Limited (BHEL) announces it has won a contract for renovation, modernization and uprating of the 144-MW Chilla Hydro Electric Plant in India.

The contract, awarded by Uttarakhand Jal Vidyut Nigam Limited (UJVNL), is valued at over INR2 billion (US$28.3 million), BHEL reports.

The Chilla plant is located on the Ganga River in the Pauri Garhwal district of Uttarakhand. The powerhouse contains four 36-MW vertical Kaplan turbine-generator units, each of which will be uprated to 39 MW.

As Chilla was commissioned in 1980 and 1981, the units have been in operation for more than 35 years, and BHEL says the renovation, modernization and uprating of these units will result in increased capacity, additional generation and efficiency improvement, as well as leading to better plant availability and life extension of the equipment.

BHEL’s scope of work envisages design, engineering, manufacturing, supply, dismantling, erection, testing and commissioning of critical parts of turbines, generators, governors, controls and instrumentation, protection and balance of plant. Major equipment for the contract will be manufactured and supplied by BHEL’s plants at Bhopal, Jhansi, Rudrapur and Bengaluru, thereby providing impetus to the Government of India’s “Make in India” initiative.

BHEL says it is executing hydroelectric projects of more than 2,900 MW across the country, in addition to 3,184 MW outside of India, which includes 2,220 MW in Bhutan and 900 MW in Nepal.