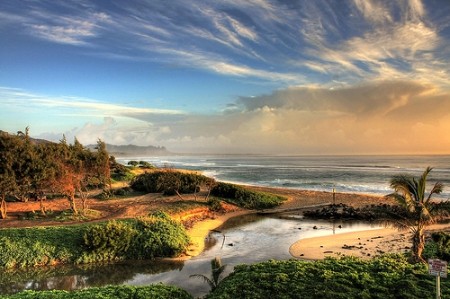 AES Clean Energy selected Black & Veatch to serve as owner’s engineer for the pumped storage and hydropower portion of the West Kaua‘i Energy Project, which will be a critical step in helping the state move closer to its target of 100% locally produced renewable energy by 2045.

When complete, the overall program will reduce dependency on fossil fuels – offsetting the use of 8.5 million gallons annually – for the island’s more than 70,000 residents. WKEP is a key component in the state’s decarbonization plans, as it will move Kaua‘i to more than 80% renewable generation and fulfill up to 25% of the island’s energy needs.

The pumped storage portion of the project will pump water from the lower Mānā Reservoir to the upper Pu‘u ‘Ōpae Reservoir using energy production from the solar PV portion of the project. During the evening peak, nighttime and morning peak hours (as well as during periods of rainy or cloudy weather), water will be sent back to the lower reservoir via gravity penstock from Pu‘u ‘Ōpae, through the Mānā Powerhouse and its 20-MW Pelton turbine to generate renewable power for the grid.

“Renewable energy and energy storage are key components of the decarbonization movement,” said Carlos Araoz, vice president and managing director of Black & Veatch’s hydropower and hydraulic structures business line. “This project not only features renewable energy in the form of pumped storage hydropower, it couples it with solar energy and battery storage in a renewable energy program that will play a significant role in helping both the island of Kaua‘i and the state of Hawai‘i reduce its reliance on fossil fuels.”