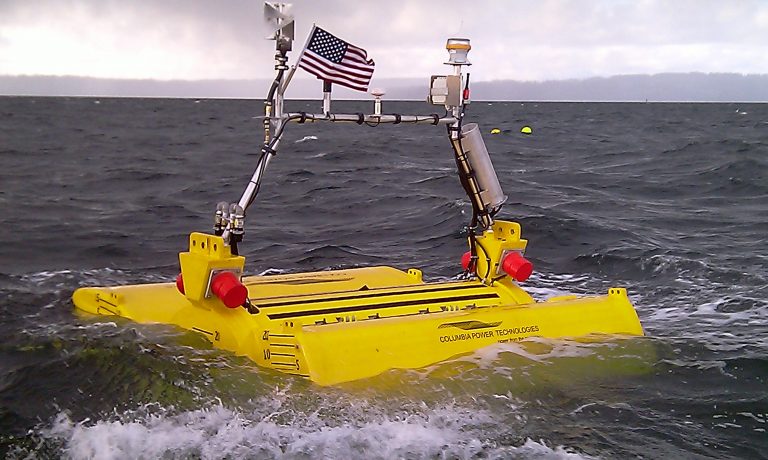 Columbia Power Technologies Inc. (C-Power) and RigNet Inc. have announced a collaboration in which RigNet will provide a comprehensive set of data and communications solutions for C-Power’s autonomous offshore power systems (AOPS).

RigNet is a global satellite and terrestrial communications and cybersecurity company, delivering advanced machine learning software and secure communications to the energy and maritime sectors for decades. The company’s solutions will provide upstream and downstream data transfer to and from payloads operating with an AOPS platform.

C-Power’s AOPS provide in-situ power, energy storage and real-time data and communications support to advance the marine economy toward a future of autonomous, connected and resident technologies. They are designed to support unmanned offshore activities, including subsea vehicles, sensor packages and operating equipment. When deployed, an AOPS lowers costs and carbon emissions, reduces operational complexity, increases safety and enables capabilities not available today, according to a press release.

“Data transmission capabilities are just as important as power for offshore systems, and RigNet’s hardware and communications services are designed to meet the needs of our customers,” said C-Power Chief Executive Officer Reenst Lesemann. “Their data and communications solutions will cover the many use cases we see for AOPS deployment.”

A C-Power AOPS can be deployed in several scenarios, ranging from meeting the needs of a subsea sensor with low power and low bandwidth requirements to underwater vehicles with charging and remote command and control needs that require more than a kilowatt of generating capacity, energy storage and 300 Mbps of bandwidth.

“C-Power is the technology leader for at-sea renewable energy, and we are excited to work with C-Power to expand the remote communications and data capabilities of AOPS,” commented retired rear admiral Jamie Barnett, RigNet’s senior vice president for Government Services. “We believe the world needs more sustainable energy options, and we want to help drive innovation in this field via our smart, secure connectivity.”

Later this year, RigNet will be among C-Power’s partners for a demonstration of the SeaRAY AOPS in partnership with the U.S. Department of Energy and U.S. Navy at the Navy’s Wave Energy Testing Site (WETS), located off Marine Corps Base Hawaii on the island of Oahu.

The SeaRAY AOPS at WETS is a moored configuration consisting of a surface wave energy converter; a combined mooring, data, communications and power cable; and a seafloor base unit that provides 50 kWh of energy storage for payload operation. The SeaRAY, which will support several payloads during the deployment, has been developed under a DOE-sponsored research and development program.

C—Power says it has initiated commercial launch of the SeaRAY AOPS.