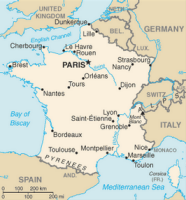 Voith Hydro in Spain will be the complete supplier responsible for the entire project execution, including the design and supply of the vertical Kaplan turbine and the electrical and hydromechanical equipment.

The total project duration is about four years, with connection to the power grid scheduled for mid-2024. Voith says the decisive factor for the renewed cooperation was, among other factors, the partnership for the 6.6-MW Le Pouzin small hydropower plant, commissioned in 2017.

“The small hydropower plant is another important step for the region around Avignon, as the construction of Vallabrà¨gues will further promote the development of renewable energy in France,” said Frank Buchert, sales manager small hydro at Voith Hydro in Spain.

The complete contract negotiations were conducted digitally. Voith said this approach will continue to be important during the construction work already under way to achieve the goals set together with the customer.

The Voith Group is a global technology company working in the markets of energy, oil and gas, paper, raw materials and transport and automotive. The Group Division Voith Hydro is a full-line supplier for equipping hydropower plants.