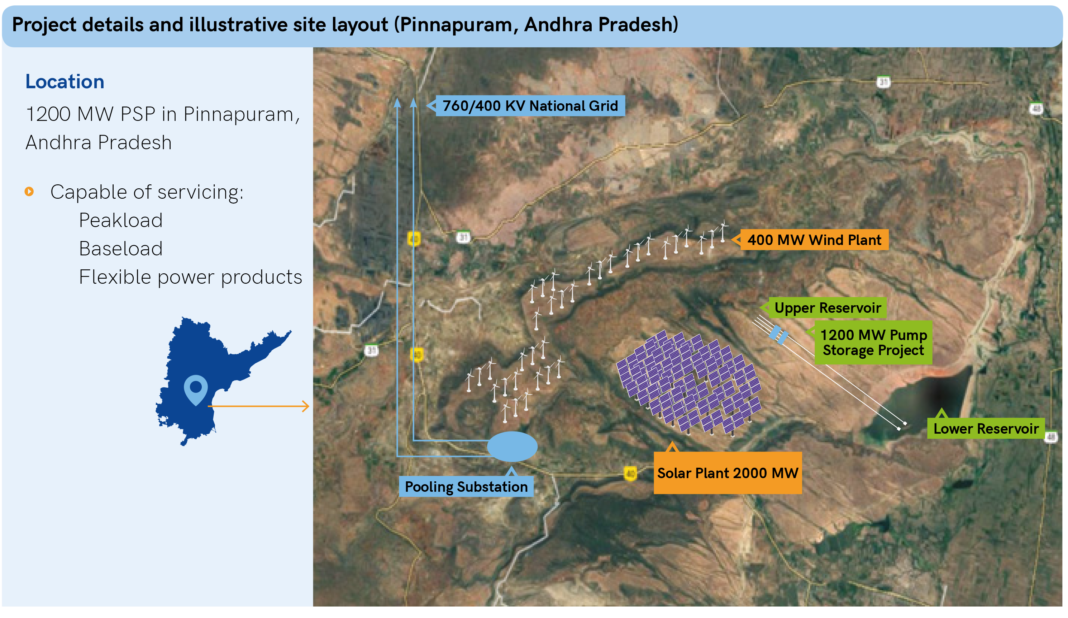 AFRY India says this is a first-of-its-kind pumped storage project to be developed by an independent power producer in India. The project is funded by multi financial institutions and equity partners from India & the Middle East. The total contract value, awarded in March, is about US$2.5 million, and the project duration is about 36 months.

Per Greenko’s website, when completed Pinnapuram will feature the 1,200-MW pumped storage powerhouse, as well as a 2,000-MW solar plant and a 400-MW wind farm.

AFRY is an engineering, design and advisory company.