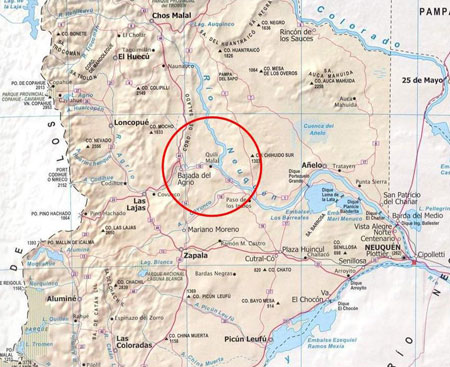 The Government of Argentina has confirmed that the Heliport and Panedile associated partners have been awarded the contract to build the 637-MW Chihuido hydroelectric complex in the Patagonian province of Neuquen, according to BNamericas.

The first company belongs to Eduardo Eurnekian and the second to the Dragonetti family.

The group was awarded the contract back in 2014, with an overall investment of US$1,850 million, which included the construction, operation, maintenance and use of the dam’s power for 15 years. However, the condition was that the group had to obtain the financing. This was at the end of the second government of Cristina Fernandez, and Argentine macroeconomic uncertainty and instability kept investors away, including a tentative offer from a Russian group.

A second group of Argentine companies with financial sponsoring from PowerChina tried to derail the awarding process, but the government ratified Eurnekian and partner because they had support from Germany and the Voith Hydro group, an associate of Siemens, who also had the sponsoring of Chancellor Angela Merkel, according to Argentine sources.

In the 2022 budget under consideration in Congress, the credit operation figures at US$2,300 million, with an initial US$450 million to begin the works.

The German government will also provide additional financing through the Export Credit promotion Euler Hermes, with a 20-year loan.

The dam is to be built across the Neuquen River and will help to regulate the water flow and floods, ensuring irrigation for agriculture, industry and human consumption. It will be a classic dam, with a 105-m-high wall, a lake of 186 square km and an average water flow of 310 cubic meters per second. The powerhouse will contain four turbine-generator units and provide average electricity generation of 1,750 GWh.

Once the works begin, contractors have 60 months to finish the hydroelectric complex. But there is one last catch: Funds will be released once Argentina reaches an agreement with the IMF.