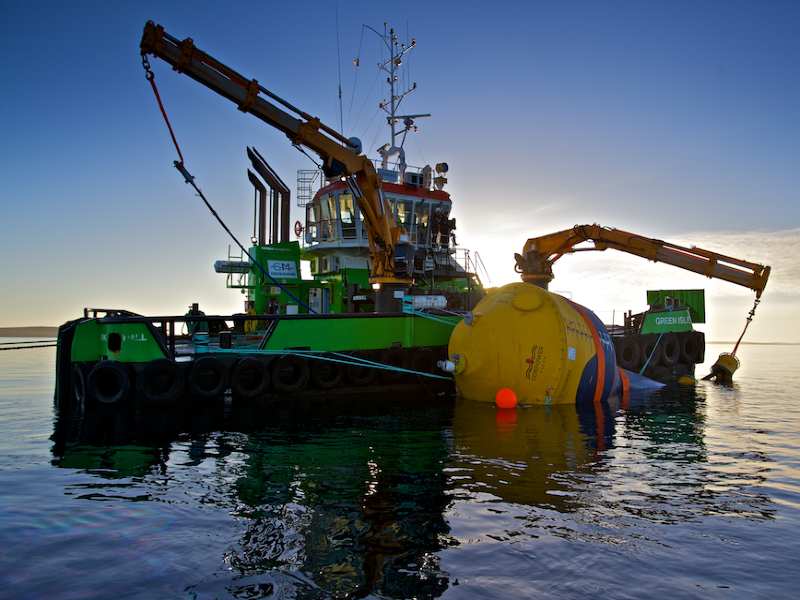 The design principle of CorPower’s WEC is inspired by the pumping principles of the human heart. The CorPower WEC combines storm survivability and strongly amplified power capture in regular sea conditions. CorPower WECs can harvest the same amount of annual energy from a buoy with 1/10 volume compared to conventional point absorber WEC, according to a press release. A 300-kW CorPower WEC has a diameter of 9 m and weighs 60 tonnes. Getting large amounts of electricity from a small device significantly reduces CAPEX. The compact lightweight devices are also less costly to transport, install and service, bringing down OPEX.

For the past decade, CorPower has been undergoing a rigorous five-stage product development and verification process, which started with small-scale tests in Portugal and France. It later progressed to a half-scale WEC prototype, which also underwent dry-rig testing prior to sea trials in the Orkney Islands, Scotland, in partnership with utility Iberdrola.

“We are thrilled to announce the completion of the world’s largest wave energy test-rig,” said CorPower Project Lead Antoine Boudoin. “It’s one-of-a-kind and purpose built to test the overall performance and survivability of CorPower’s WECs at full-scale. The test-rig catapults us to the next phase, enabling us to perform a broad range of isolated tests, involving individual modules and equipment, before eventually testing the device as a complete integrated system in the ocean. Dry-rig testing is a highly effective process helping debug, improve, stabilize, fine-tune and optimize WEC systems before offshore operations, which are costly and weather dependent by comparison. As we now progress to full-scale, we will continue with our rigorous approach to prove the robustness and durability of CorPower’s technology.”

CorPower’s commercial scale WEC will spend around four months on the test rig, which can deliver 7.2-MW peaks and generate 80.6 kNm torque, with 5 m/s maximum speed.