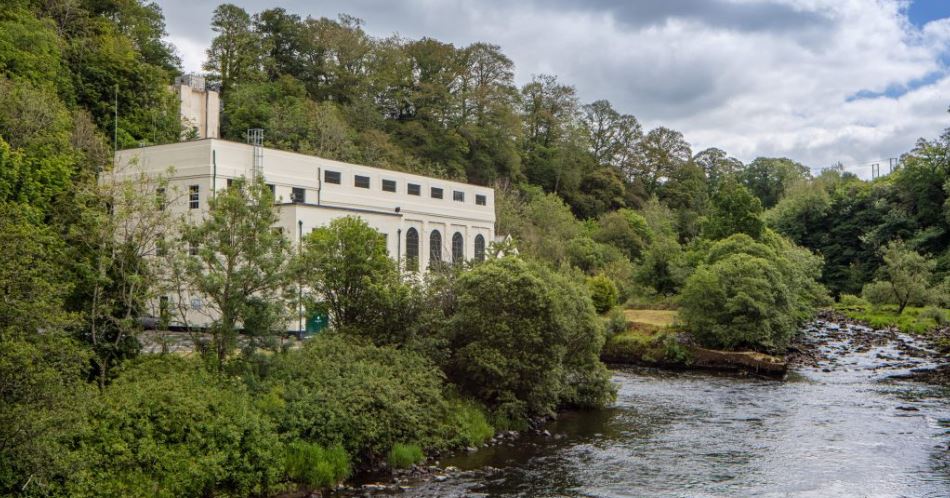 Drax Group announced it has completed an esthetic refurbishment of the 5-MW Stonebyres hydroelectric power station, on the banks of the River Clyde near Lanark, Scotland.

The company invested £1.1 million in this work, which involved renewing the nearly 100-year-old physical building. Refurbishment was a complex task due to Stonebyres being a category A listed building – the highest possible grading, as a result of it being designated as a site of national architectural importance.

The 16-MW Lanark hydro scheme, which comprises the Stonebyres and 11-MW Bonnington power stations, was the first large-scale hydroelectric scheme in Britain when it was completed in 1927 – producing enough electricity for about 17,000 homes.

Restoration of the historic site was led by Drax Group senior civil engineer Anne Kerr. “It was a complex and challenging project, involving a great deal of care to protect the station’s many original features. It has been a real privilege to not only safeguard Stonebyres’ history but to play a part in its future too,” she said.

Every original pane of glass and window frame was replaced using stronger, modern materials while retaining the station’s original design. The power station’s exterior received a new concrete coating, as well as a coat of mineral-based paint to protect the integrity of the building for decades to come.

Drax acquired the Lanark hydro scheme — alongside the 126-MW Galloway hydro scheme and the 440-MW Cruachan pumped-hydro storage facility in Argyll — in January 2019.

Drax Group’s purpose is to enable a zero carbon, lower cost energy future, and in 2019 the company announced an ambition to be carbon negative by 2030. Its 2,900 employees operate across three principal areas of activity – electricity generation, electricity sales to business customers and compressed wood pellet production.