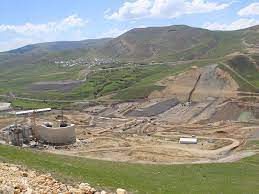 Czech energy group ENERGO-PRO has completed construction of the 280-MW Alpaslan 2 hydropower plant on the Murat River in Turkey.

With all four Francis turbine-generator units now in operation, Alpaslan 2 has become the largest hydropower plant in the ENERGO-PRO Group’s portfolio. The plant is equipped with two 110-MW unit and two 30-MW units. The runners of the large turbines have a diameter of 3.8 m, of small ones 1.96 m. The large runners were made as one large cast-monoblock and then machined. They are the largest Francis turbine runners produced using this method in Turkey.

“This is an ideal distribution from the point of view of optimizing energy production so that we can make full use of the dam’s potential as well as the minimum ecological flow,” explains Jakub Fajfr, director of strategy and development at ENERGO-PRO.

Alpaslan 2 was first connected to the grid on Oct. 24, 2020, after installation of the first Francis turbine. ENERGO-PRO thus met all the conditions for obtaining a guaranteed dollar tariff, which applies from Jan. 1, 2021, for the first 10 years of operation of the plant. This tariff consists of two parts: For the first 10 years of operation it will be US$73/MWh, and this tariff will be increased for the first five years, as the Turkish government has set clear favorable conditions if a turbine is built in Turkey. As a result, ENERGO-PRO sells energy from the Alpaslan 2 hydropower plant for US$86/MWh.

“The dollar tariff is, of course, a huge advantage, it provides investors in renewable sources with greater security, currency risk coverage and also allows them to finance such long-term infrastructure projects in green energy sector,” confirms Fajfr.

The total investment was about US$600 million. ENERGO-PRO financed the construction mainly from its own resources, and in the final phase of the construction it used US$175 million in financing from the consortium of MUFG and ČEB banks, with insurance from the Export Guarantee and Insurance Company EGAP.

“This is a unique success of the Czech investor abroad, moreover in the field of green energy. This project is also unique because of its financing model, as for the first time ever the renowned international bank MUFG (note: Mitsubishi Bank) was the leader of the banks´ club,” says EGAP Chief Executive Officer Jan Procházka.

The hydropower plant should produce 850 GWh per year in full operation. This year, ENERGO-PRO expects to produce over 650 GWh.

The new dam impounds a reservoir with a water area of about 55 km2, making it among the 10 largest reservoirs in Turkey and the largest one operated by the private investor. Up to 1,900 workers were involved in the construction work.