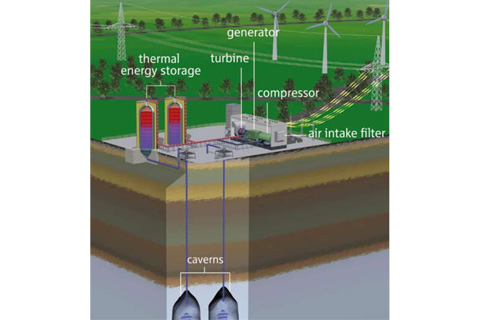 In past episodes, I’ve called energy storage an “industry within an industry.” There are so many families of technologies out there to help smooth out energy supply that it practically rivals the number of energy technologies that do the actual generation.

For this episode, I wanted to take a deeper dive into both the technology and policy moving energy storage. My guest this week is Jason Burwen, vice president of policy for the Energy Storage Association, a Washington, D.C.-based trade association with more than 160 members, including some of the world’s largest electric utilities.

Storage is growing exponentially, much like renewables. In five short years, installations have grown from 0.3 GW to 6 GW. The market for storing solar power alone over that same period has expanded from $200 million to $19 billion. That’s a lot of money for new jobs and our guest says that this sector makes both sides of the political aisle happy.

Storage has had to grow to keep up with the deployment of renewables. Because popular renewable energy sources like wind and solar are intermittent (non-dispatchable), the only other way to regulate their supply on the grid is by firing up dispatchable “peaker” generation. Storage can also absorb energy generation, such as when solar panels produce too much energy in the day time, and release it later.

Burwen and I also spoke at length about the benefits energy storage can provide traditional energy sources. In the last 100+ years, it’s been cheaper to turn on more electric generation than store it. But as energy storage becomes more widespread and cost-effective, we may see a day where the supply curve can remain steady, as generation makes up for peaks and valleys in electrical demand. (This podcast originally aired in January 2019.)