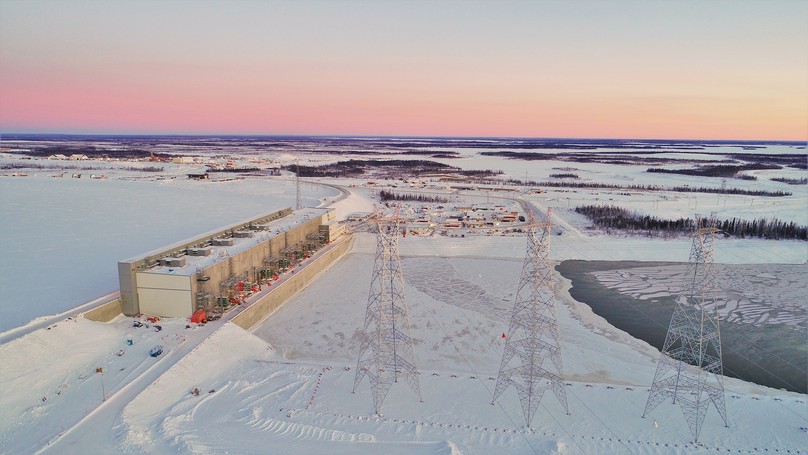 Construction of the station on the Nelson River in northern Manitoba began in 2014. The first unit is entering service six months ahead of schedule, and the project is tracking to meet its control budget of $8.7 billion, Manitoba Hydro said.

“First power from Keeyask builds on Manitoba Hydro’s enviable position in the low-carbon world of the future,” said Jay Grewal, Manitoba Hydro’s president and chief executive officer. “Nearly 98 per cent of our electricity is already generated using clean, renewable, and virtually carbon-free hydropower – a huge advantage for our province as North America moves to reduce carbon emissions. The energy from Keeyask will help preserve that advantage for decades to come, while also helping to keep electricity rates for Manitoba customers among the lowest on the continent.”

When complete, Keeyask will have seven turbine-generator units in-service, producing an average of 4,400 GWh of electricity annually, making it the fourth largest generating station in the province. The energy produced by Keeyask will be integrated into Manitoba Hydro’s electric system for use in Manitoba to help drive economic growth and to meet the utility’s export commitments.

Beyond the legacy of clean, renewable energy, the Keeyask project is also creating a legacy of skills and employment opportunities within Manitoba. From the start of construction to Jan. 31, 2021, there were over 27,300 total hires on the project, representing 32,600,000 person-hours of employment. Sixty-nine percent of hires are Manitoba residents, and 39% are Indigenous. About 600 people are working at the site to bring the other six units into service. Each unit will be brought on line one-by-one over the next year.