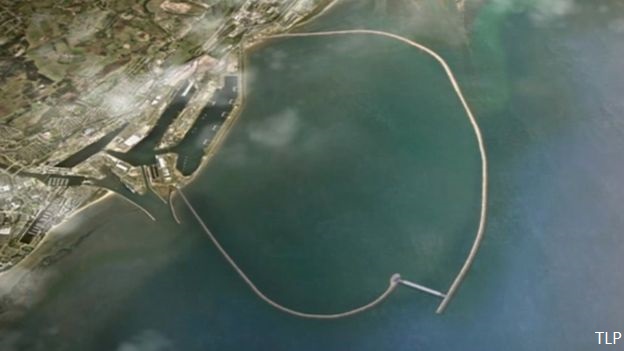 Tidal Power Plc has launched a £1.2 million (US$1.6 million) fundraiser to enable the conclusion of works to secure in perpetuity the planning permission awarded to the 320-MW Swansea Bay Tidal Lagoon.

Shares are £2.50 and offered at a minimum subscription of £500, and the investor memorandum targets high-net-worth individuals or experienced private company investors. The project’s founding investor base has committed a six-figure sum to kickstart the fundraiser.

The Swansea Bay Tidal Lagoon project harvests the rise and fall of the tides, operating 14 hours a day to generate electricity for 175,000 homes. According to a press release, the project will pioneer UK build modular construction methodologies and commits to building a new UK hydro turbine manufacturing plant.

Swansea Bay Tidal Lagoon was awarded its main planning permission by the UK coalition government in June 2015 and found to be a “no regrets policy” option by the government’s Hendry Review of tidal lagoons in 2017. In June 2018, the government declined to offer the project any subsidy support via a Contract for Difference (CfD), the revenue support mechanism open to other forms of low-carbon power generation. Tidal Power has advanced an alternative delivery pathway that assumes no such subsidy.

The Development Consent Order (DCO) will expire in June 2020 unless material works have commenced. Funds are being raised primarily to complete the discharge of planning conditions that will allow Tidal Power to prepare for a start on site. This will in effect convert the DCO to “evergreen” status and retain for the UK the option of tidal power at scale.

The outcome of the General Election 2019 could determine the project’s ultimate delivery pathway by expanding the financing options available. Swansea Bay Tidal Lagoon features in the 2019 election manifestos of the Labour Party and Plaid Cymru, with those of the Liberal Democrats and Green Party also stating explicit support for new investment into tidal power.

When fundraising is complete, on or before March 20, 2020, Tidal Power says it will be in a position to complete the discharge of planning conditions at Swansea Bay, prepare to commence land-side material works on site, and progress its work with Natural Resources Wales to move its application for a Marine Licence to a determination.