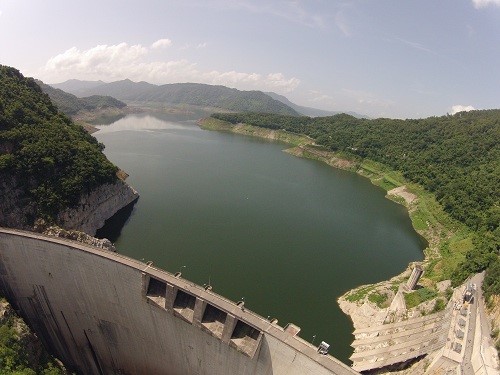 The Inter-American Development Bank has placed the planned modernization of the 300-MW Francisco Morazan (also known as El Cajon) hydroelectric complex in its pipeline for possible financing, marking an important milestone for this largest hydro facility in Honduras.

BNamericas says this financing package would consist of US$18 million from the Clean Technology Fund and the balance of the expected US$36.8 million cost from state power company Empresa Nacional de Energia Electrica (ENEE).

In February, BNamericas reported that ENEE and IDB met to review the feasibility of installing a fifth turbine-generator unit at the plant, which came online in 1986.

The bulk of funds — US$28.9 million — would go to a new SCADA system, equipment replacement, and the revamp and expansion of the substation. And US$4 million would be spent for studies and the design of new generation capacity.

Francisco Morazán is on the Comayagua River in Cortés department, about 230 km from the capital of Tegucigalpa. The complex features a 226-m-high dam, a 5.7 billion m3 reservoir that covers 94 km2, and a machine house that holds four 75-MW Francis type turbines. The plant’s design allows for the installation of another four turbines.

IDB information highlights that the plant plays an important role in balancing the grid amid the increase of variable renewable energies and helps reduce the need for more expensive and less efficient thermo output. A greater contribution from renewables, however, has increased the number of the plant’s starts and stops, leading to greater wear and tear, adds the bank.

The planned overhaul is part of a push by ENEE to update its infrastructure as part of a wider reform of the sector. ENEE General Manager Leonardo Deras recently said that Francisco Morazán was operating at below normal levels due to reduced hydrology.

Hydro Review: Data Down Under: Creating a Risk-based Approach to Dam Monitoring and Maintenance

Hydro Review: Data Down Under: Creating a Risk-based Approach to Dam...