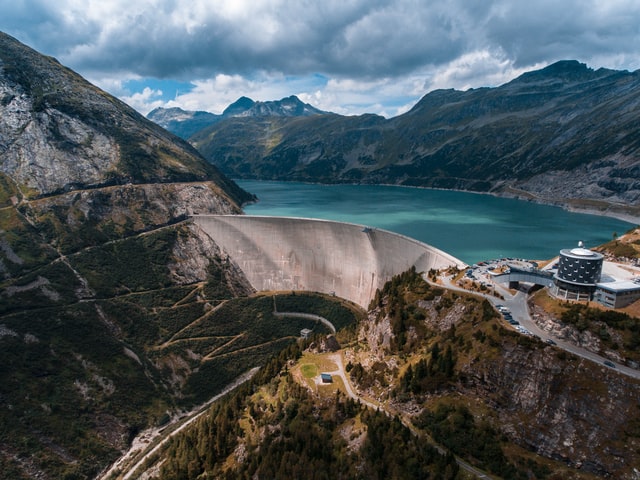 The consensus view from the hydropower CEOs was that economic stimulus packages involving investment in sustainable hydropower among other renewables will be essential to COVID-19 recovery efforts.

Ahead of a special IEA World Energy Outlook report on sustainable recovery, Dr. Birol emphasized the importance of hydropower to a modern, clean and secure energy future.

The impact of COVID-19 on today’s energy sector is unprecedented and has highlighted the important role hydropower plays in providing electricity security and system flexibility, said Dr. Birol. “The voice of hydropower is not heard loudly enough in the energy and climate debate. It already represents 16% of global electricity demand and 65% of renewables-based electricity with significant potential to grow, including through modernization or refurbishment of existing hydropower.”

Eddie Rich, IHA’s CEO, and the 11 hydropower CEOs and top executives from IHA’s membership presented a united message on the need for sustainable hydropower as part of the energy mix for a green recovery.

“Even more than other renewables, government policies and actions drive investment in the hydropower sector. A ‘green stimulus’ for low carbon technologies and hydropower infrastructure should be a key pillar of government-led recovery packages” he said.

Despite the worldwide need for hydropower’s flexibility and grid management services to support variable renewables, investment is stagnating. Improved market design to compensate for these services is necessary to incentivize investment in plants with storage, such as pumped hydropower.

In developing countries where the fiscal response to the COVID-19 crisis is limited, multilateral development banks will be critical in financing or refinancing viable projects.

Anton-Louis Olivier, CEO of REH Group, based in South Africa, said: “With the growing emphasis and prevalence of solar and lower cost but intermittent resources, we should not neglect the need for hydro to create the base on which these lower-cost technologies can also enter into the market.

“My message to the IEA in dealing with the international financial sector and multilaterals guiding the future of the energy sector in Africa is to remember that hydro, large and small, can still play a significant role in the continent, and can contribute to a growing and decarbonized power sector.”

Yves Marie Giraud, Director of EDF-Hydro, France, said hydropower was the best way and the only way to store energy in large quantities and over long periods, but markets should be designed better to reflect this.

“Usually, we do not have the appropriate market design nor the mechanisms to support storage in general, and pumped storage plants in particular.”

This view was echoed by Stephen Davy, CEO of Hydro Tasmania, Australia, who said: “Pumped hydropower investment is the easiest and most straightforward way to maximize solar and wind generation in the energy system. In Australia, we are promoting the market measures required to properly value storage and flexibility.”

Dr. Birol acknowledged the points made by the hydropower CEOs, including about the importance of storage, modernizing plants, and keeping long-term policy support; as well as the multiple non-energy benefits of hydropower, such as flood and drought control, irrigation and climate resilience.

As well as feeding into this week’s IEA World Energy Outlook special report, the discussion will be considered for the IEA’s Clean Energy Transitions Summit on July 9, 2020. Dr. Birol pledged to take the feedback from the meeting to the government ministers and policymakers attending the Summit.

Roger Gill, IHA President, said the meeting was very timely for the hydropower sector to outline the measures needed to spur sustainable hydropower and support the recovery, particularly relating to incentivizing storage and modernization projects.

“Sustainability must be at the heart of our response to the crisis,” said Gill. “Over the coming weeks and months, IHA will continue to offer our assistance to the industry and press home our message on the role of sustainable hydropower development to support the recovery, boost jobs and to help build low-carbon, resilient economies.”

Hydropower CEOs contributed to the discussion

“Increased hydropower investment will support the economic revival in China. It is expected that we will start construction of a project involving investment of around USD20bn in the second half of this year. In other parts of the world there is a need for increased investment in hydropower to recover from the crisis.” Wu Shiyong, General Manager, Yalong River Hydropower Development Company, China.

“I believe that in the recovery from Covid-19 we should be sure to do it in a sustainable way and thinking not just of electricity but also of water. These two needs are very important in the world right now.” Irene Cañas, CEO, Instituto Costarricense de Electricidad, Costa Rica.

“We hope the IHA and IEA can support hydropower sustainable development and help in setting up national energy policies so that we have tax incentives, green bonds, and fast-track approval by the authorities; and also potentially look at internationalizing the renewable energy certificate initiative.” James Ung Sing Kwong, CEO, SEB Power, Malaysia.

“A good measure done by the Brazilian govt was the declaration of suspension of financing and debt service payments for projects being done by the federal bank for up to six months. This could be followed by other countries.” Gil Maranhao Neto, Chief Strategy, Communications & CSR Officer, ENGIE Brasil, Brazil

Neto added: “Brazil is not building any hydropower at this time. Getting even basic engineering design and environmental studies required for the licensing takes between two to three years. We should urgently resume the preparation of projects.”

“One of the main concerns is the low cost of electricity around the world, it will be very difficult to finance hydropower projects. We see that sustainable hydropower projects are competing with wind and solar for example with green subsidies. It’s important to find ways to get the right long-term market conditions to support hydropower development.” Hörður Arnarson, CEO, Landsvirkjun, Iceland.

“This technology of hydro has proven you can run it during a pandemic situation so if you look through the lens of future modernization, how do we pandemic-proof our hydro plants? How do you minimize the impacts?” Herbie Johnson, General Manager, Southern Company, U.S.

“It is important to focus on maintaining the existing capacity of the hydropower fleet through refurbishment activities. We would also like the IEA to support a long-term framework for the future.” Hilde Bakken, Executive Vice President, Statkraft, Norway.

A recording of the meeting can be viewed here