More
Home World Regions Africa Interview: “This is a golden opportunity for the development of sustainable hydropower... 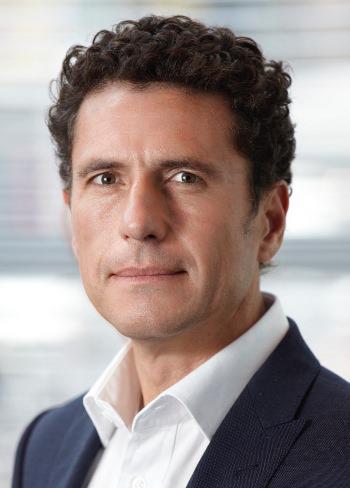 This is an exclusive interview with Anton-Louis Olivier, managing director, REH Group; Board Member for Africa of the International Hydropower Association and speaker at the upcoming African Utility Week and POWERGEN Africa.

In 2017, REH Group also won an AUW Industry Award for the top Small-Scale Sustainable Energy Project (under 5 MW) for its Stortemelk Hydro scheme in the Free State, South Africa.

Let’s start with some background on REH Group.
The Renewable Energy Holdings (REH) Group comprises a number of individual companies which includes three small hydro IPPs (11 MW in total) as well as a project development and management company (REH Project Development) and an operation and maintenance contractor (REH Operations & Maintenance). REH is one of the leaders in the sector in South Africa and is also well-advanced in developing a five-project, 70-MW hydro portfolio for New Africa Power (Mauritius) in Zambia.  What distinguishes REH from many other players in the sector is our experience (our first project achieved commercial operation in 2009 already) and our technical focus in a market where most players have a more financial focus.

Any particular success stories that you are particularly proud of having been involved in?
The 4-MW Stortemelk Hydro project which achieved commercial operation in 2016 is our flagship project. Developed under the South Africa government’s IPP program, the project is 100% commercially funded. It has set a number of benchmarks for small hydro in Southern Africa in terms of design innovations, efficiency and availability and performance. Uniquely the project has also been honored by awards from the Institute of Architects of South Africa, the African Utility Week Industry Award for small-scale renewable energy and the Engineering Council of South Africa (ECSA).

Which current projects are you able to discuss?
REH is contracted by New Africa Power (Mauritius) to develop a five-project 70-MW portfolio of hydro power plants in Zambia. These projects are prepared for qualification under the KfW (German) GETFiT program. This is a significant step for us and it is exciting to have been able to move beyond South Africa, take a step up in scale and to drive the innovation around our third generation of hydro IPPs.

How important is hydroelectric power for the energy mix in South Africa?
Large hydro is continuing to play a big role in power generation in Africa. On the one hand we see a resurgence of large hydros with storage developed by national governments in Ethiopia, Nigeria and Cameroon, and on the other hand there is a growing number of small-scale hydro IPPs. Although small and run-of-river hydros cannot compete on a pure tariff basis with solar PV IPPs, hydro is a much more predictable generator and is therefore more suitable to support weak rural grids.

At the upcoming African Utility Week and POWERGEN Africa, you are part of the Energy Revolution Africa track in a discussion on “Guide to developing a small hydro plant”. Can you give us a sneak preview of what your message will be at the event?
There is a marked increase in the urgency of decarbonizing the global power sector. More and more banks and investors have stopped financing coal and in some cases all fossil fuels for power projects. There is also a recognition that this decarbonized power sector cannot be achieved with solar and wind power alone. You need hydropower as well. And this is not just large hydro, but also pumped storage hydro and small hydro.  In Africa the hydropower resource is still largely under developed, which means that there are still lots of technically good sites available. This is therefore a golden opportunity for the development of sustainable hydropower in Africa.

This article was originally published on the African Utility Week website and is reprinted here with permission.