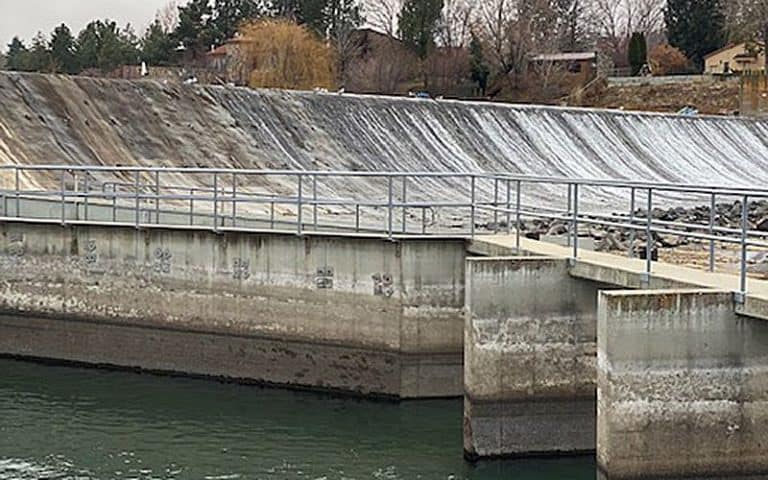 The Board of Ada County Commissioners has signed an agreement to sell the Barber Dam and Hydroelectric Project in East Boise, Idaho, “as is” for $500,000 to Barber Pool Hydro LLC, contingent on the purchaser obtaining transfer of the license from the Federal Energy Regulatory Commission (FERC).

Barber Pool Hydro is a group of local investors that signed the agreement with the twin goals of preserving the Barber Pool Conservation Area and producing green energy. Barber Pool Hydro is a collaborative effort amongst Mark Durcan, former chief executive officer of Micron; Ted Sorenson, an Idaho engineer and hydropower expert; and Larry Leasure, founder and CEO of White-Leasure Development.

“The sale of Barber Dam to a local group that is committed to conservation underscores the Board of County Commissioner’s dedication to best serving the taxpayers of Ada County,” said Ada County Board Chair Kendra Kenyon. “This sale allows us to get out of managing businesses and operations that are not core to the mission of local government.”

Barber Pool Hydro sees the opportunity to acquire the facility as a win-win, as the company is interested in preserving and enhancing the Barber Pool Conservation Area for the residents and visitors of Ada County.

Barber Pool Hydro also intends to ensure the success of the 4.14-MW small hydroelectric facility as an ongoing business operation to generate clean, consistent, renewable energy for the community. Barber Pool Hydro estimates that the facility will produce 12,000 MWh of carbon-free energy per year, which is the equivalent of offsetting 4800 tons (or 9,600,000 lbs.) of coal.

Sorenson has a nearly 40-year career specializing in the hydropower industry as an engineer, owner and operator – including many projects throughout Idaho using existing water infrastructure. His team would be primarily responsible for overseeing the repair and ongoing operations of the hydro facility. “This is a truly unique opportunity,” Sorenson said.  “We can both positively impact and protect the conservation area while utilizing this existing resource to support clean energy in the future for Ada County. We are excited about exploring this opportunity with Ada County and the community.”