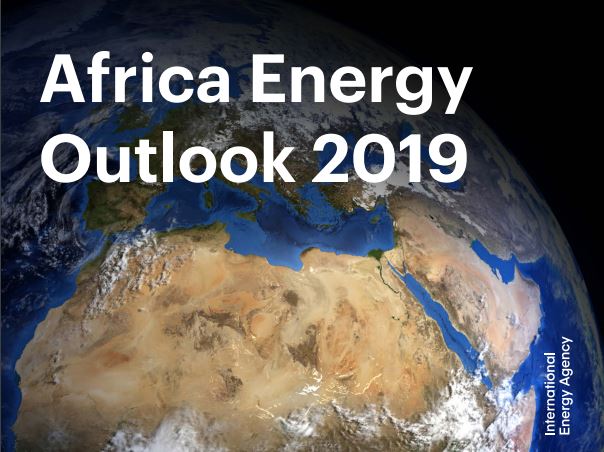 Hydropower is the largest source of renewable capacity in Africa, at 36 GW. Total renewable capacity on the continent is 50 GW and comes from bioenergy, hydropower, solar and wind power, according to the Africa Energy Outlook 2019 from the International Energy Agency

“How Africa meets the energy needs of a young, fast growing and increasingly urban population is crucial for the continent’s — and the world’s — economic and energy future,” IEA says. “One-in-two people added to the global population between today and 2040 is set to be African, and by 2025, Africa’s population exceeds that of both India and China. The continent’s urban population is set to grow by more than half a billion over that period. These profound demographic changes are set to drive economic growth, infrastructure development and, in turn, energy demand.”

Renewables, together with natural gas in many areas, are poised to lead Africa’s energy consumption growth as the continent moves away from the traditional use of biomass that currently accounts for almost half of final energy consumption.

IEA’s analysis is based on two scenarios:

The Stated Policies Scenario reflects IEA’s measured assessment of today’s policy frameworks and plans, taking into account the regulatory, institutional, infrastructure and financial circumstances that shape the prospects for their implementation.

The Africa Case is built on the premise of Agenda 20632, the continent’s vision for accelerated economic and industrial development. Faster economic expansion is accompanied by the full achievement of key Sustainable Development Goals by 2030. These include full access to electricity and clean cooking and a significant reduction in premature deaths related to pollution.

IEA says a critical task for policy makers is to address the persistent lack of access to electricity and clean cooking — and the unreliability of electricity supply. Nearly half of Africans (600 million people) did not have access to electricity in 2018, while about 80% of sub-Saharan African companies suffered frequent electricity disruptions leading to economic losses. In addition, more than 70% of the population, around 900 million people, lack access to clean cooking. The resulting household air pollution from traditional uses of biomass is causing 500,000 premature deaths a year.

IEA says that in the Africa Case, solar PV overtakes hydropower and natural gas to become the largest electricity source in Africa in terms of installed capacity (and the second largest in terms of generation output). Solar PV deployment between today and 2040 averages almost 15 GW a year. Wind also expands rapidly in several countries, most notably Ethiopia, Kenya, Senegal and South Africa, while Kenya is also at the forefront of geothermal deployment. The development and reliability of Africa’s electricity sector will be shaped by progress in improving power infrastructure, within and across borders. Some large power-sector projects — especially for hydropower — require regional integration: they would not proceed if assessed only on domestic needs. That means building up the regulation and capacity to support Africa’s power pools and strengthen regional electricity markets.

Africa is in the front line when it comes to the effects of a changing climate on the energy sector, IEA says. Increased frequency and intensity of extreme weather events such as droughts and floods is set to lead to more variability in generation output, notably hydropower. In Zambia, for example, a severe drought in 2015 led to a drop in output at the largest hydropower plant, resulting in power blackouts. Uncertainty over the impact of climate change on the region’s hydrology underlines the need to build up a diverse power mix and enhance regional connections.