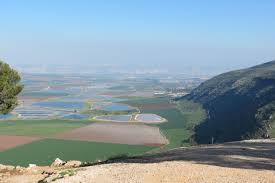 The 300-MW Mount Gilboa Pumped Storage project in Israel has begun commercial operations, according to a LinkedIn post from G.H. Development.

The US$500 million project is located 60 km east of Haifa. It generates 3,000 MWh of electricity annually and took five years to construct.

According to Electra, the project was established by a special partnership between Electra Construction, Electra Energy (formerly Elco), and Solel Boneh and was to be operated by Alstom (GE bought Alstom Power in 2015). In 2014, Alstom signed a deal to provide day-to-day operation and maintenance services for the plant for an 18-year period.

The Mount Gilboa project is composed of two reservoirs, each 2.5 million m3, connected by a 500-m-deep shaft and large pipes. The 50-m-tall underground powerhouse contains two 150-MW turbines from Alstom/GE, along with generators and step-up transformers.

G.H. Development says this is the first hydroelectric pumped storage in Israel, with two more to be built.

Hydro 101: Master the basics at HYDROVISION International with Waterpower Hydro...