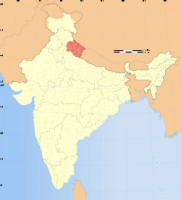 Commissioning of this run-of-river plant along the Char Dham route, about 25 km from Rudraprayag, will be a major boost to the state, Larsen & Toubro says, providing over 400 million units of renewable energy annually. The plant will cater to peak demand loads of 2.5 hours each in both halves of the day, bringing relief even during non—monsoon months.

The plant features a barrage, with a medium-sized intake pond near Ukhimath, a 12-km-long headrace tunnel and a surge shaft over 180 m in depth. The plant houses three 33-MW turbine-generator units supplied by Voith, equipped with a state-of-the-art switchyard and controlled via the latest supervisory control and data acquisition (SCADA) technology. The SCADA systems are designed to monitor and control the plant and its equipment — such as telecommunications, water and waste control — to take timely decisions and actions.

The wet commissioning process starts with the turbines spinning without generating electricity and upon due testing, eventual synchronization with the grid. Grid synchronization and charging of the transmission lines is expected in about a month, during inauguration of the plant.

“Given the development imperatives of the state of Uttarakhand, this plant will be a key infrastructure ingredient for the Aatmanirbhar or self-reliant region, that the state and central governments have envisioned. L&T has not only built and commissioned this project but will also operate it with its signature efficiency,” said Mr. S N Subrahmanyan, chief executive officer and managing director, Larsen & Toubro.

The project was challenged by the rough terrain, dense forests and a small working window because of the extreme cold weather, landslides and monsoon floods, Larsen & Toubro said. The Uttarakhand Government granted the necessary extension of time project completion given the above challenges. The state transmission utility PTCUL supported the project by executing one of the fastest-ever transmission lines connecting the 75-km distance between the project site and the nearest sub-station, Larsen & Toubro said.

Currently, Uttarakhand is seeing high electricity demand growth and sources substantial power from outside the state. With the Singoli Bhatwari Hydel Power Project, the state will see greater self-reliance in power to meet its growth agenda in services, manufacturing, infrastructure development, and medical and religious tourism, as well as government initiatives to generate greater employment in the state.

Larsen & Toubro is an Indian multinational engaged in engineering, procurement and construction projects, manufacturing, defense and services. It operates in over 30 countries worldwide.