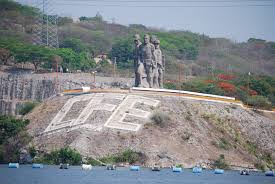 Mexican President Andrés Manuel López Obrador (AMLO) has confirmed forward momentum on the 240-MW Chicoasén II hydroelectric project in Chiapas. This project has been on hold due to problems between owner/operator CFE (Mexico’s state-owned electric company) and unions involved in the construction, according to BNamericas.

At the same time, the president reiterated his pledge to respect local opposition to energy and other projects, insisting his government would not restart the controversial 900-MW La Parota hydroelectric project.

“Look, no project can be done against the will of the people,” said AMLO in response to a question about the alleged intimidation of an activist against the Guerrero dam project, which has now been suspended for several years. “The La Parota has opposition, and that dam is not going to be built, nor are we going to build [some] other dams. I would tell you that we are not going to build the El Paso de la Reina [dam] in Oaxaca and neither the Boca del Cerro in the Usumacinta [River], in Chiapas, no, no more.”

He said the expansion of Chicoasén would be finished because it has already begun. The construction contract has been awarded to a consortium including Chinese-Costa Rican company Sinohydro, Mexico’s Omega Construcciones, Desarrollos y Construcciones Urbanas and CAABSA Infraestructura.

AMLO said the new plants would not be needed given the administration’s focus on refurbishing and updating technology at existing facilities. “We are going to modernize them with turbines that give more energy, we are going to increase the production capacity using the same water, the same infrastructure, that is the project,” he explained.

The Chicoasén II dam was being built 43 km north of Chiapas’ capital Tuxtla Gutiérrez, on the right bank of the Grijalva River, 8.5 km downstream of Chicoasén I. Capex estimates have varied, with the BNamericas project database estimating a budget of US$386 million. The project looks to generate 4,000 jobs.

Work began in September 2014, but CFE suspended the work indefinitely in July 2018. This stemmed from conflicts between workers, their unions, local residents and project suppliers that started in 2016.

AMLO also said his government will protect activist Marco Antonio Suástegui, an opponent of the La Parota dam, who was recently released by the federal government. A video circulated by local media showed the activist was confronted during a Navy operation on his property, where some marines were quoted as saying the Parota project would start anew.

He said his government is committed to human rights and that his officials are instructed to adhere to this.