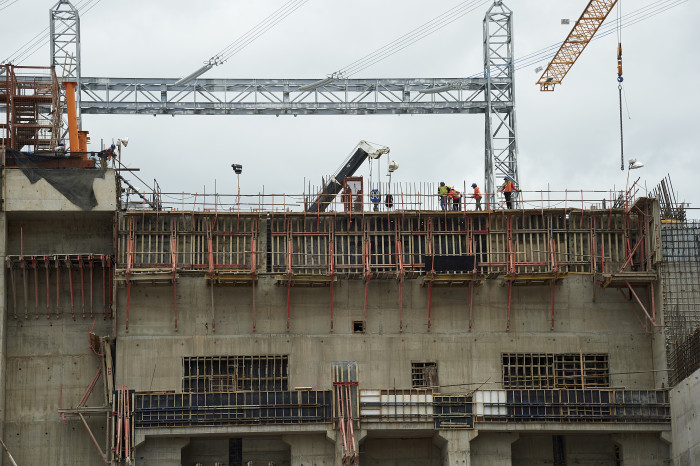 The Mekong River Commission (MRC) has released its Hydropower Mitigation Guidelines, which include three technical volumes that address a range of known risks during hydropower development through an assessment of five major themes. They include: river hydrology and downstream flows, geomorphology and sediments, water quality, fisheries and aquatic ecology and biodiversity, natural resources, and ecosystem services.

MRC hopes the new technical guidelines can help optimize benefits and mitigate social and environmental impacts from hydropower projects throughout their lifecycle, according to the MRC Secretariat. “The aim of the Guidelines is to provide risk management and mitigation guidance for the design and operation of hydropower facilities to support whole-of-basin planning and management as well as immediate project development requirements,” said Dr. An Pich Hatda, MRC Secretariat Chief Executive Officer.

According to the guidelines, during the planning, feasibility study and design process hydropower developers can take various steps to optimize benefits and avoid adverse impacts. They include, for instance, selecting the most appropriate project locations, adopting alternative project scales such as lower dams, and using alternative energy sources.

During the construction and operation phases, where certain impacts cannot be reduced, developers have various forms of mitigation options to consider. These include options to offset adverse impacts, for example, by providing alternative fish spawning habitats or by leaving certain river reaches free of development to allow for fish migration.

While the new guidelines document specific mitigation approaches to address the various risks, the CEO said that region-wide cooperation on hydropower planning and mitigation efforts is vital to prevent large-scale impacts. “Basin-scale mitigation requires integrated systems planning at the basin level as well as ongoing cooperation between Member Countries and Dialogue Partners. This is as important as the coordinated operation of cascade dams and benefit-sharing options,” he said.

Over the past decade, intensive hydropower development has brought substantial economic benefits to the Mekong countries. However, the gains have resulted in tradeoffs with other key sectors across economic, environmental and social spheres.

MRC is an intergovernmental organization established in 1995 for regional dialogue and cooperation in the lower Mekong river basin. Based on the Mekong Agreement between Cambodia, Lao PDR, Thailand and Viet Nam, the commission serves as a regional platform for water diplomacy and a knowledge hub of water resources management for the sustainable development of the region.