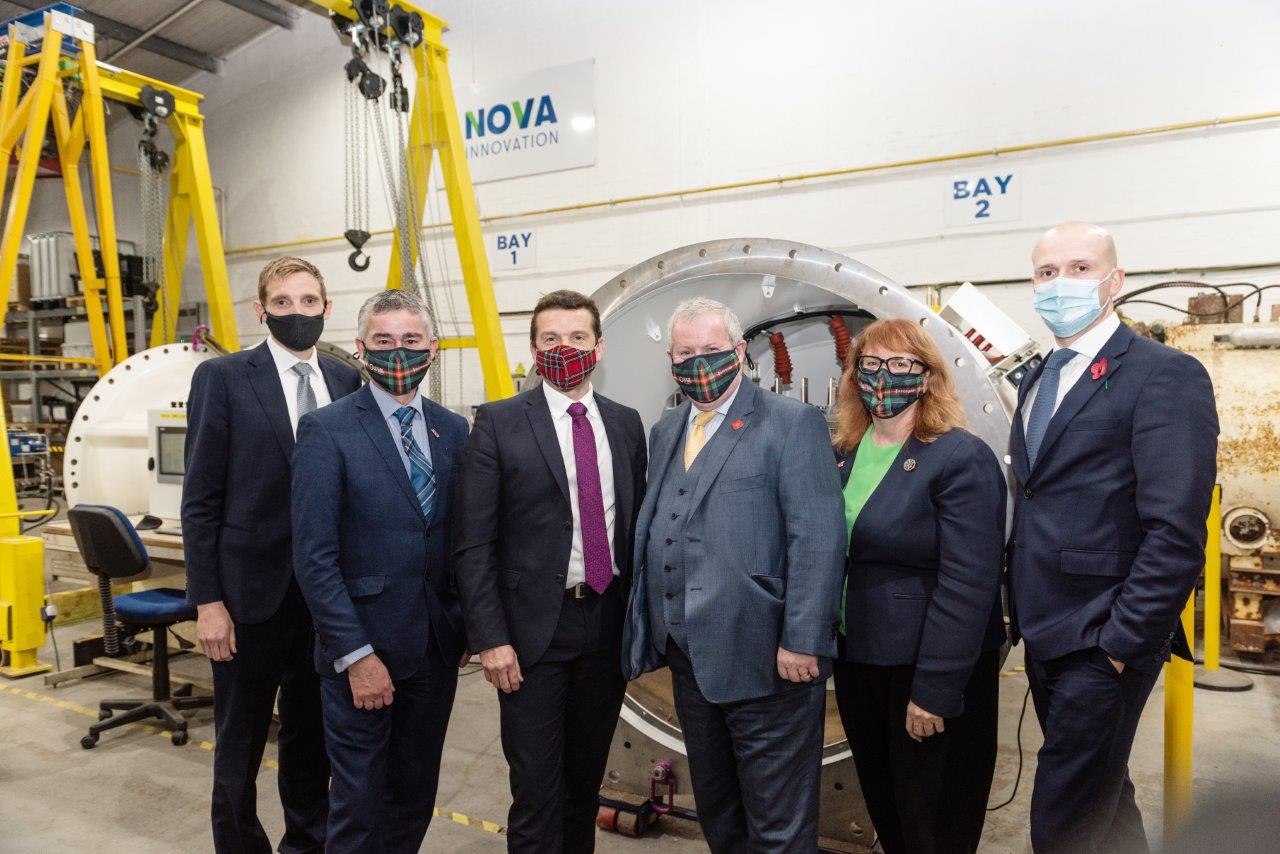 Nova Innovation and Atlantis Energy have entered into a collaboration agreement with the goal of delivering more UK-built tidal turbines in the water.

The focus initially is on the commitment to deliver Nova and Atlantis turbines at the MeyGen site. The Atlantis owned, operated and developed MeyGen site is the largest fully consented and operational tidal stream site in the world, according to a release, with a potential capacity of nearly 400 MW.

This collaboration will see Nova and Atlantis work together to deliver their complementary technologies for the tidal industry. Collectively, Atlantis and Nova operate the world’s first offshore tidal array (installed by Nova in Shetland in 2016) and the world’s largest tidal array (6-MW Meygen installed by Atlantis in the Pentland Firth).

Between the companies, they have delivered over half of the tidal stream devices operational worldwide and are developing sites in the UK, Canada, Japan and France.

The MeyGen site has the necessary consents to deploy a further 80 MW of tidal power. Nova and Atlantis look forward to working with all stakeholders to help unlock this exciting opportunity and see further Scottish-made turbines deployed at the site.

Nova and Atlantis hosted the Leader of the SNP in Westminster, Ian Blackford MP, and his colleagues — Steven Flynn MP, Alan Brown MP, and Deirdre Brock MP — at Nova’s manufacturing facility in Leith, Scotland. The MPs were shown the control room for Nova’s operational tidal array in Shetland and their current manufacturing line.  Over the next 12 months, Nova’s turbines will be installed in North America and mainland Europe.

The MPs were also briefed by Nova and Atlantis on how the collaboration will deliver jobs and investment if the tidal energy sector receives that all-important route to market from Westminster. This industry, according to an independent report released this month by the Royal Society, can deliver over 11 GW of predictable, renewable power in the UK, creating thousands of jobs across the country.

“Tidal stream energy has the potential to be a major Scottish success story, and a key part of Scotland’s renewable energy revolution, Blackford said. “The collaboration between these two world-leading tidal companies will allow them to build on their successes and deliver more turbines into the water. The UK government must now match this ambition and deliver the dedicated ring-fenced funding required to secure the future of this vital green industry.”