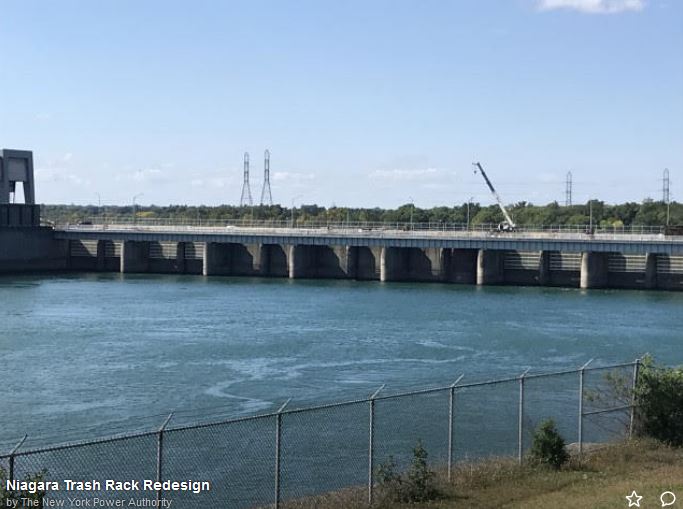 The New York Power Authority today announced the first milestone of its 15-year modernization and digitalization program to significantly extend the operating life of its Niagara Power Project, the largest source of clean electricity in New York State and one of the largest hydroelectric projects in the U.S.

As part of the 2,525-MW Robert Moses Niagara Power Plant’s life extension and modernization program, called “Next Generation Niagara,” 13 turbine units in the main generating facility will be upgraded. An outage to allow for the overhaul of the first unit began recently, and digitalization and modernization work commenced earlier this month, NYPA said.

“The digitization of the first hydroelectric generator at the Robert Moses Power Plant is significant because it will set the course for work on the remaining twelve units,” said Gil C. Quiniones, NYPA president and chief executive officer. “We have been planning this work for many months, but as the old saying goes, this is where the ‘rubber meets the road.’”

Next Generation Niagara was launched in July 2019. Next Gen improvements include replacing aging equipment with the latest machinery reflecting advanced digital technologies for optimizing the hydroelectric project’s performance. The initiative encompasses four major phases: 1) A comprehensive inspection of the Robert Moses penstocks – 485-ft tubes that are 24 ft in diameter; 2) refurbishing the 630-ton crane that enables mechanical work on the turbines; 3) upgrading and digitizing control systems and building a new back-up control room; and 4) overhaul and/or replacement of mechanical components that have reached the end of their operating life.

This first major outage will allow for the installation of new digital controls on the first turbine-generator unit and its connections to the control room and the plant’s substations. Panels in the control room also will be digitalized. The turbine unit outage aligns with another outage for work on NYPA’s transmission life extension and modernization program taking place in the switchyard. This will allow new digital controls to be installed on the transformers and circuit breakers corresponding to the upgraded turbine. Work on this first unit is part of a design-build contract NYPA trustees awarded to Burns and McDonnell earlier this year, which includes subcontracts to Emerson and Ferguson Electric of Buffalo. The first unit outage is expected to last about seven months.

After the collapse of Niagara Mohawk’s Schoellkopf Power Station in 1956, the Federal Power Commission issued a license in 1957 to NYPA to redevelop Niagara Falls’ hydroelectric power. When the Niagara Power Project produced its first power in 1961, it was the largest hydropower facility in the Western world and it remains the crown jewel of New York’s power infrastructure.

NYPA is the largest state public power organization in the U.S., operating 16 generating facilities and more than 1,400 circuit-miles of transmission lines. More than 80% of the electricity NYPA produces is clean renewable hydropower. NYPA uses no tax money or state credit. It finances its operations through the sale of bonds and revenues earned in large part through sales of electricity.