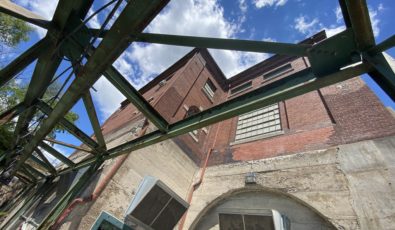 Ontario Power Generation’s 4-MW Sidney Generating Station, one of the longest-serving hydroelectric facilities in its fleet, is celebrating 110 years of generating clean power, having gone into service in 1911.

Located on the Trent River, about 5 km from Trenton, Sidney GS was named after the adjacent township of Sidney, which was named after the Earl of Sydney, a title given to British politician Thomas Townshend in the 18th century. The station also goes by another moniker, Number 2 Powerhouse, because of its location on the Trent Valley Canal Dam No. 2.

“Sidney GS is a testament to the reliability of all of our hydro stations,” said Ed Loghrin, OPG’s acting work centre manager for Campbellford. “With ongoing investments and maintenance, our legacy facilities will continue to generate clean, affordable power for the province to help us achieve our climate change goals.”

An interesting fact about its construction – the plant was built completely inside the shoreline to provide sufficient spillway area for the spring freshet period. Another interesting tidbit is that, until 1994, it shared the exact same design as another OPG hydro station, Frankford GS, which sits just 8 km away and went into service two years after Sidney.

The two stations now only share the same exterior appearance, as Sidney GS underwent a significant retrofit in 1994 that included the removal of its old turbines and generators and the installation of more modern Kaplan turbine-generators. This work increased the station’s capacity and efficiency and extended its operating life.