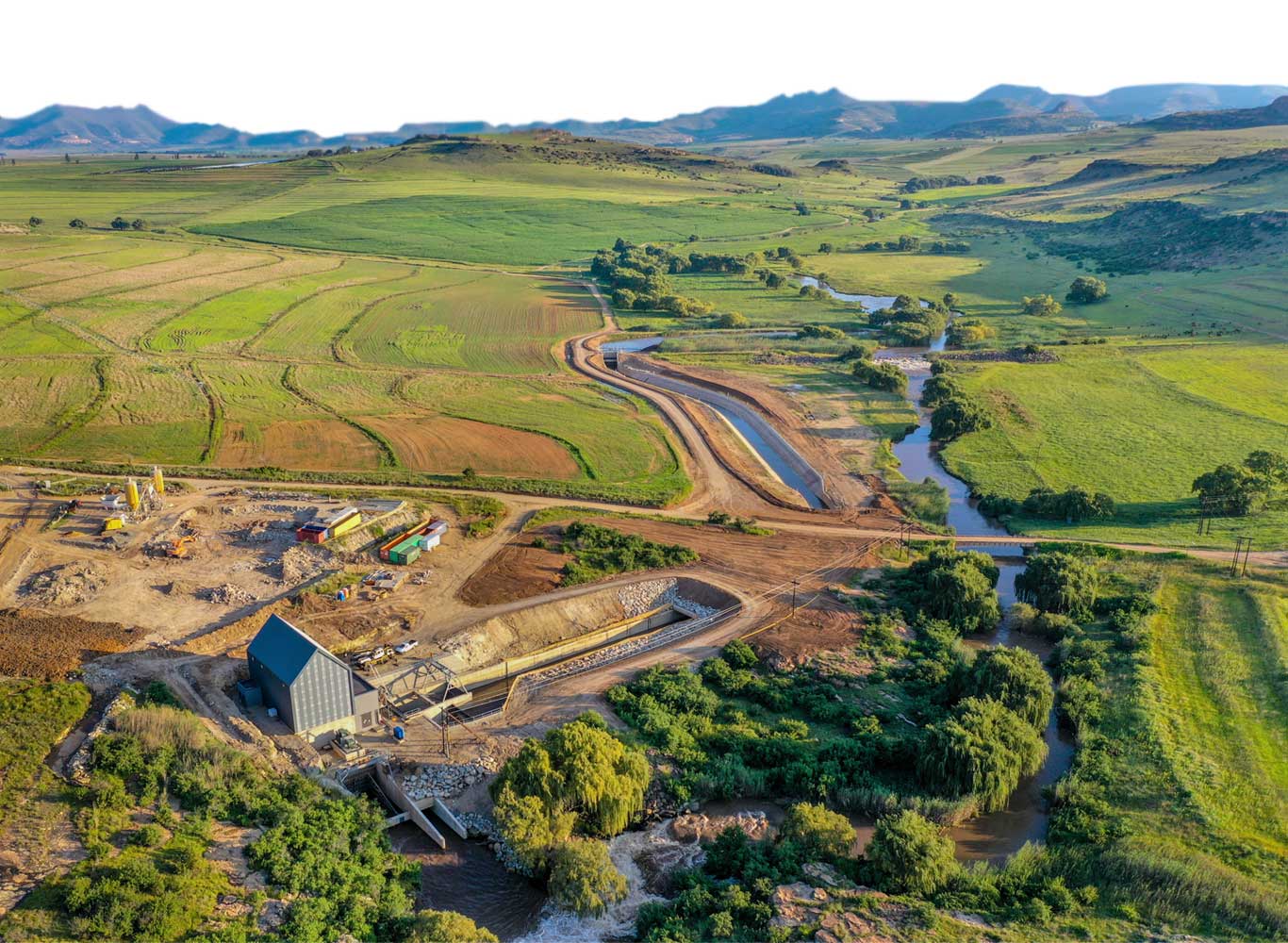 Construction of this small hydro plant, on the Ash River between Clarens and Bethlehem in the Free State Province of South Africa, began in March 2019. Kruisvallei Hydro is the third hydropower project procured under South Africa’s Renewable Energy Independent Power Producer’s Procurement Programme (REIPPPP) to come online. The project was awarded Preferred Bidder Status under Bid Window 4 of the REIPPPP.

The facility is split into two run-of-river plants that combine to generate about 24 GWh annually through two turbines, providing power for more than 1,900 households. Ash River flows vary from about 15 m3 to 40 m3, depending on the release schedule from the Lesotho Highlands Scheme.

The facility was constructed by the Red Rocket EPC and will be managed, operated and maintained by Red Rocket Asset Management and O&M Companies, respectively. This is the first project within its greater portfolio that was undertaken using the company’s fully-integrated business model. Thus the project was developed, bid under the REIPPPP Round 4, sponsored, built, and will be operated and managed by Red Rocket.

“Building and operating a project of this nature closes the first of many circles for us as a fully-integrated IPP and we celebrate the completion of Kruisvallei, as an example of our capabilities and what we can bring to the market in the future,” said Matteo Brambilla, chief executive officer of Red Rocket.

Facility for Investments in Renewable Small Transactions (FIRST) — a specialized debt fund established to provide simple, accessible and efficient funding for renewable energy projects in South Africa — provided funding of about ZAR235 million (US$15.3 million) to the project, whose total project investment is about ZAR370 million (US$24.1 million). “The Kruisvallei project is a testament to the Red Rocket team who managed to deliver a successful project during uncertain times and a demonstration of the role, and potential, for renewable energy projects in South Africa,” said Greg Ansermino, principal fund manager of FIRST.

H1 Holdings, a black-owned infrastructure investment and development company that participates as a 46.5% shareholder via the project company, Zevobuzz (RF) (Pty) Ltd, also sees growth in its portfolio through the completion of this project, making it an authentic vehicle for empowerment through the power sector in South Africa, according to the release. Reyburn Hendricks of H1 explained that the project assists in achieving its objective of improving the lives of people using the power sector as an access point. “We’re excited to participate in this joint venture, where we will see South Africans receive meaningful improvements to their lives from ownership through to economic, social and development initiatives that we will undertake over the next two decades,” Hendricks said.

Kruisvallei Hydro has committed a percentage of its annual revenues to initiatives in education, housing and sustainable enterprise development initiatives, in areas surrounding, for the life-cycle of the project.

Red Rocket began in 2012 as the Africa and Middle East’s business unit of Building Energy, a global independent power producer. The company provides integrated solutions, from design and development to energy production, operation and maintenance, and asset management in South Africa and beyond.

Red Rocket has 377 MW of plants in operation, under construction or awarded preferred bidder and ready to reach financial close, with $1 billion invested in various projects and a pipeline in excess of 2 GW in wind, hydro and solar developments across the continent.