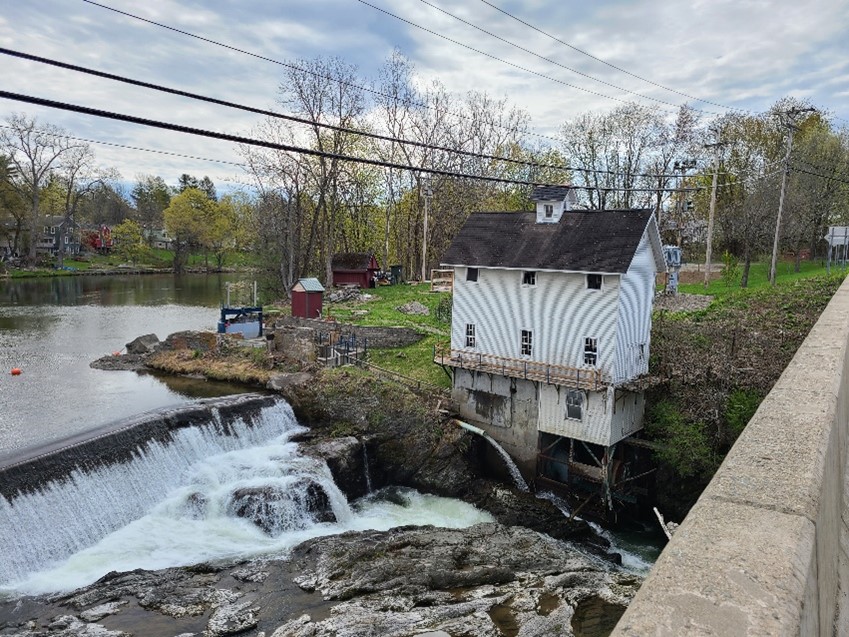 On April 26, the 160-kW Valatie Falls Hydro plant in New York began generating power for the first time since June 2018, after it was repowered.

Valatie Falls will provide direct energy to the Village of Valatie, as well as charge the electric vehicles of local business PlugIn Stations Online.

Built along the shores of Kinderhook Creek in Valatie, Valatie Falls Hydro first produced power in the early 1990s. The site was the filming location for the final scene of the last movie Harry Houdini ever made, “Haldane of the Secret Service.”

VF Hydro and PlugIn Stations Online purchased the plant in April 2020 and spent the past year rebuilding the plant and refurbishing the offices on the upper level. With the help of former owners Fred and Bob Munch, as well as Jim Clevenstine from Clevenstine Engineering, this Federal Energy Regulatory Commission-licensed project was able to get back online, according to a press release.