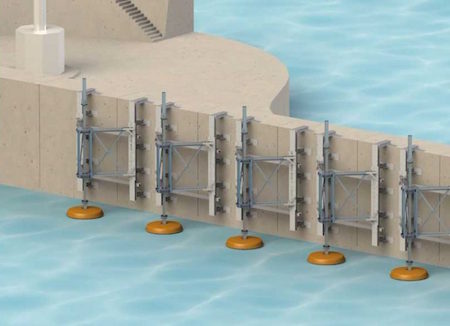 SINN Power participated in the annual Global Forum and received $10,000.

In a press release, Cleantech Open said: “The Global Ideas Award went to Germany’s SINN Power for their development of the wave energy converter (WEC), consisting of a series of individual modules combined and connected in one rigid structure allowing it to float on the ocean’s surface like an anchored ship. Through the waves’ up-and-down movements, the attached floating modules turn a lifting rod attached to a generator that produces electricity.”

SINN Power’s wave energy converters are modular, with each module including a float that bobs up and down in the water, thus providing the kinetic motion required for energy production. Modules can be deployed by themselves, or in arrays.

“I am very proud that we were able to take the award home as the Global Ideas Winner 2019! I am also very thankful to be a part of this impressive network and all the interesting talks we were enabled to have,” Johannes Stuck, head of business development at SINN Power.