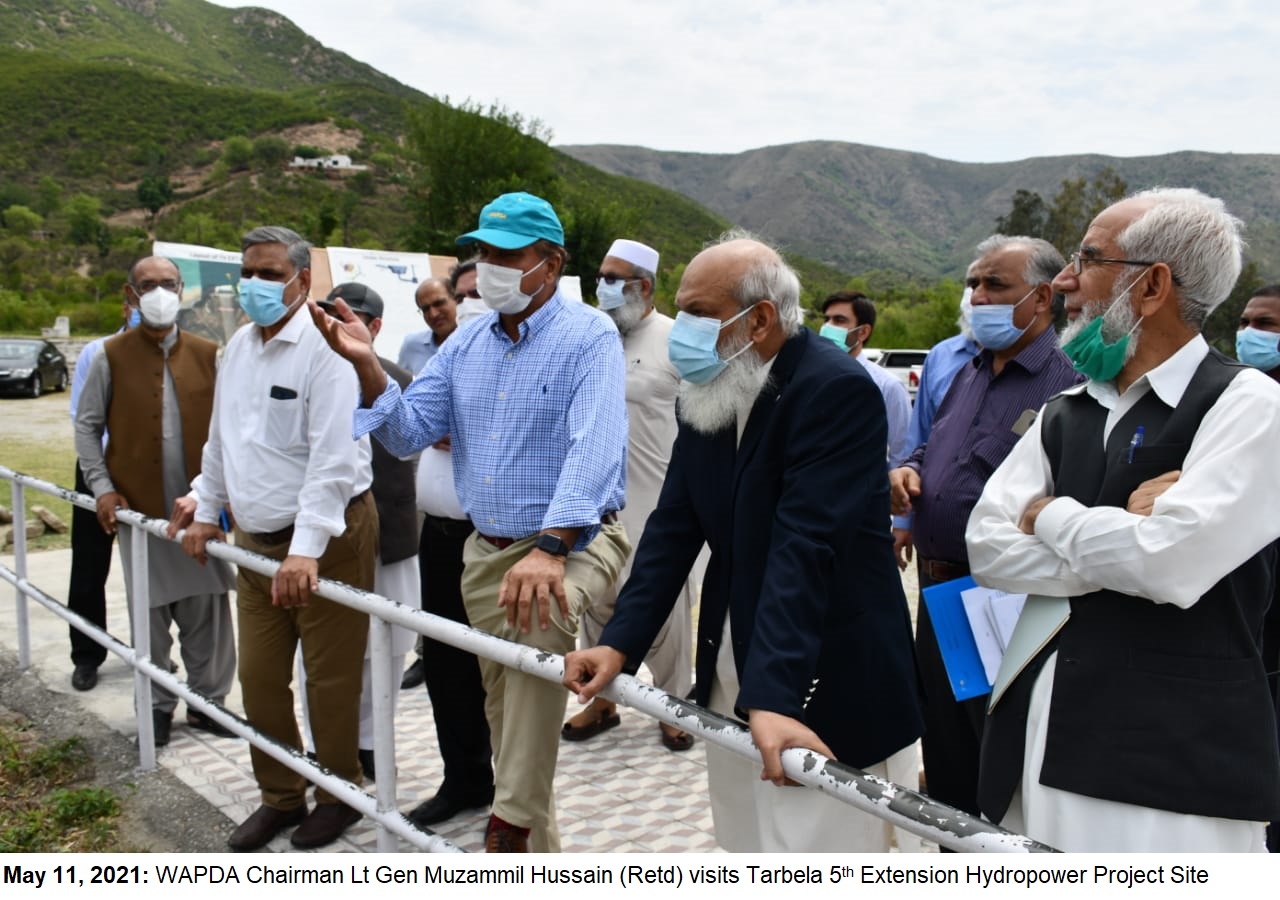 The 1,530-MW Tarbela 5th Extension Hydropower Project is moving forward, with construction work on the project scheduled to begin in July 2021, according to the Pakistan Water and Power Development Authority.

Recently, WAPDA Chairman Lt Gen Muzammil Hussain (Retd) visited the project site at Tarbela Dam to review the preparedness level for mobilization of the contractor to the site and start of construction work on the project. The contract for civil works was awarded to Power Construction Corporation of China earlier this month. The contract has a value of US$354.6 million.

The T5 Project is being constructed on Tunnel No. 5 of Tarbela Dam with a total cost of US$807 million. The World Bank is providing US$390 million and the Asian Infrastructure Investment Bank (AIIB) US$300 million.

The powerhouse will contain three 510-MW turbine-generator units. The project, scheduled to commence electricity generation by mid-2024, will provide 1.347 billion units of low-cost hydroelectricity on the average annually to the National Grid. The installed power generation capacity at Tarbela Dam will increase from 4,888 MW to 6,418 MW on completion of the T5 Project.

During his visit, the chairman said that T5 is yet another landmark project, being constructed by WAPDA under its least-cost energy generation plan to meet increasing energy demand in the country through indigenous clean and green hydroelectricity. T5 is one of 10 mega projects WAPDA is implementing to double the existing hydro generation with the addition of more than 9,000 MW to the National Grid in eight years, from year 2022 to 2029, in a phased manner. The addition of this cheap electricity will help stabilize the power tariff by decreasing reliance on import of expensive fuel for thermal power generation, he added.

Underlining the importance of timely completion of the hydropower projects for the national economy, Hussain directed T5 project management to strictly adhere to the timelines set for completion of the project, with no compromise on the stipulated standards of construction work.