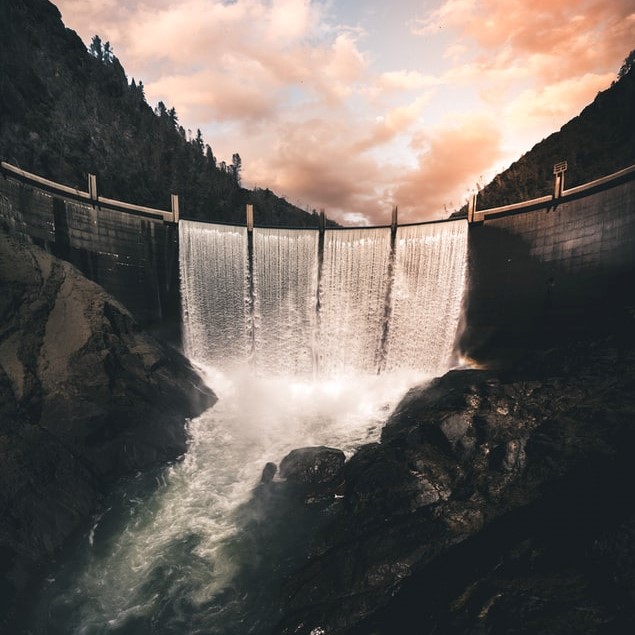 The Ministry of Energy of Uzbekistan has announced that the three-year project to modernize the Kadyrinskaya Hydropower Plant (Kadyrinskaya HPP-3) has been completed on time.

Modernization of the plant has increased its capacity from 13.23 MW to 15.34 MW and average annual power output to 124.4 million kWh.

Eximbank provided a $9.8 million loan whilst Uzbekistan provided $17.8 million for the project.

This project is one of several ongoing investment projects to both construct new hydropower plants and modernize existing ones.

Uzbekistan has set a goal to generate a quarter of all electricity from renewable sources by 2030 and has plans to reach 3.8 GW of hydro energy capacity, 5 GW of solar energy and up to 3 GW of wind energy.

The modernization project commenced in December 2017 following a Presidential Decree and has been completed on time despite the ongoing coronavirus pandemic. During the last months of the project, employees and contractors worked around the clock under special quarantine conditions.

Sherzod Khodjaev, Deputy Minister of Energy of Uzbekistan, said: “The modernization of the Kadyrinskaya HPP-3 plant is a great step forward in making effective use of Uzbekistan’s hydropower potential and forming a unified system for managing water and energy resources.

“Progress in Uzbekistan’s hydropower industry will increase energy efficiency and the contribution of renewable energy to the country’s energy balance.”