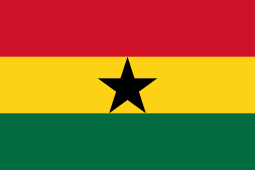 The Volta River Authority announced that the 160-MW Kpong generating station has been commissioned after its retrofit.

The Kpong hydro project, on the Volta River in Akuse in the Eastern Region, was commissioned in 1982. The powerhouse contains four turbine-generator units.

The retrofit work began in October 2014, with Unit 2 contracts signed with Andritz Hydro and Hatch Energy.

The overall objective of the project was to upgrade and replace the necessary systems/components to ensure a further 30 years of safe, reliable and efficient operation of the generating units and power plant equipment.

Funding for the retrofit was provided by the French Development Agency (AFD).

VRA was established in 1961 with the mandate to generate, transmit and distribute electricity under the Volta River Development Act, Act 46 of the Republic of Ghana. In 2005, after a major amendment to the VRA Act in the context of the Ghana Government Power Sector Reforms, VRA’s mandate is largely restricted to generation of electricity.

The authority operates a total installed electricity generation capacity of 2,520 MW, from the 1,020-MW Akosombo and Kpong Generation Stations on the Volta River, with a complement of 2.5-MW Solar PV Plant located at Navrongo. VRA also owns thermal plants in Western Operational Area (WOA) in Aboadze near Takoradi and Eastern Operational Area (EOA) within the Tema enclave.

As part of VRA’s expansion program, construction has commenced on the Pwalugu Multipurpose Dam Project. Estimated to contribute 60 MW of hydroelectric power, the dam is expected to provide a 25,000 hectare irrigation scheme that will boost annual rice and maize production. It is also estimated to provide some 50 MW of solar power aimed at stabilizing power supply in northern Ghana. Construction of the dam would also provide a permanent solution to perennial flooding in the region caused by high volumes of rainfall and the associated spillage from Bagre Dam during the rainy season.