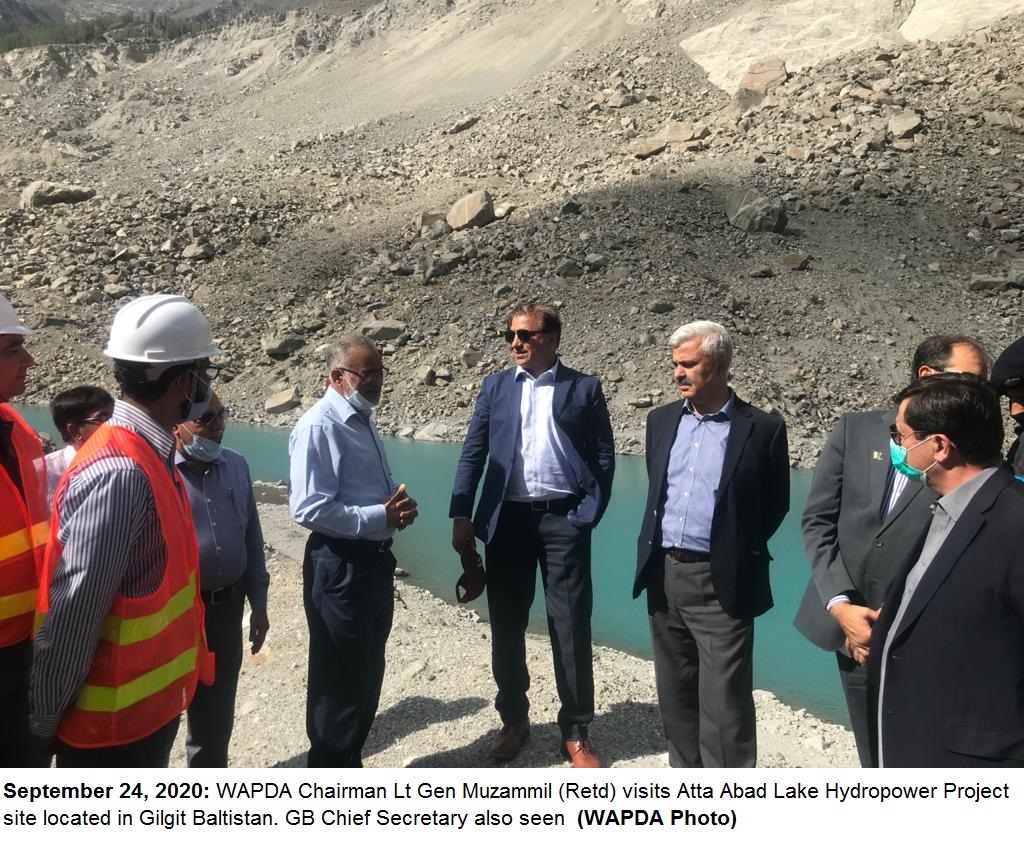 WAPDA Chairman Lt Gen Muzammil Hussain (Retd) visited the site of the project, located 20 km upstream of Karim Abad. He said that Atta Abad Lake Hydropower Project will prove to be instrumental in meeting the electricity demand of Hunza and Nagar valleys, triggering economic activities and improving tourism facilities in the area. He said that WAPDA has released PKR22 million (US$132,650) in funds to its hydro planning formation for carrying out the feasibility study of the project using in-house expertise.

The feasibility study is likely to be completed by the first quarter of 2021. After the study, detailed engineering design, award of contract and commencement of construction work, the Atta Abad Lake Hydropower Project will be completed in four years, he added.

The Chairman was briefed that initial survey work has been substantially finalized, while the teams for neo-tectonic survey and geological mapping have been mobilized to the site. In addition, detailed sub-surface geotechnical investigations and hydrographic survey have been initiated.