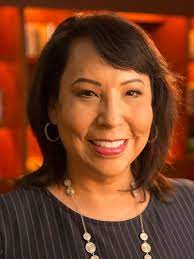 In this role, LeBeau is responsible for managing DOE’s largest power marketing administration, which markets an average of 25,000 GWh of carbon-free hydropower from 57 hydroelectric dams across a 15-state footprint. WAPA also owns, operates and maintains a more than 17,000 circuit-mile, high-voltage transmission system that delivers hydropower and other sources of energy to cities and towns, rural electric cooperatives, irrigation districts, Native American tribes, and federal and state agencies, among others.

LeBeau has served as interim administrator since March and has been a member of the WAPA senior executive team for more than seven years, leading operational and administrative enterprise and regional functions. LeBeau’s appointment is effective Aug. 29, 2021.

“Tracey LeBeau is an extremely-qualified selection to serve as the seventh Administrator and CEO of the Western Area Power Administration. As Interim Administrator, Tracey helped deliver low-cost federal hydropower to nearly 700 customers across 15 states and successfully led WAPA, a crucial branch of our federal hydropower fleet, and its Transmission Infrastructure Program with tenacity and resilience. I look forward to her steady leadership and dedication on team DOE as we work to deliver more clean energy options to Americans across the country while tackling the climate crisis head on,” Granholm said

LeBeau has more than 20 years of executive experience in management, clean energy and infrastructure development, public-private partnerships, utility business operations, and federal program leadership and policy. LeBeau joined WAPA in 2014 as its Transmission Infrastructure Program manager, where she oversaw the operations and management of WAPA’s $3.25 billion borrowing authority to support and finance critical infrastructure in WAPA’s territory. LeBeau will be the first woman and, as a member of the Cheyenne River Sioux Tribe, the first Native American to lead the organization.