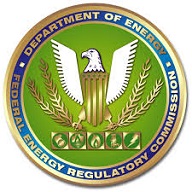 The Federal Energy Regulatory Commission has issued a preliminary permit to Cherokee Rivers Company LLC to study the feasibility of the proposed 4.5-MW Lower Coosawattee Hydroelectric Project in the Coosawattee River in Georgia.

The project would be located at the Carter’s Reregulation Dam in Murray County, which is operated by the U.S. Army Corps of Engineers.

The proposed project would have an estimated average annual generation of 16,500 MWh and operate in a run-of-release mode using surplus water from the Carter’s Reregulation Dam, as directed by the Corps.

The Carters hydropower plant on the Coosawattee River has a generating capacity of 600 MW.