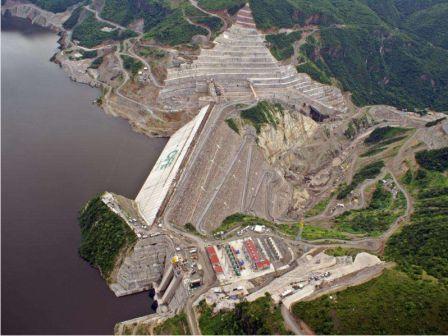 According to BNamericas, this move would sideline private producers.

López Obrador confirmed he would move forward with the decree during a visit earlier this week to the 420-MW Ángel Albino Corzo dam and hydropower facility in Chiapas state, arguing existing policy has privileged private plant owners while not allowing CFE’s dams to release their accumulated water.

The move marks the latest in a series of regulatory decisions requested by AMLO to boost CFE and allow it to increase its market share, at the expense of private generators. The new measure would ignore the principle that the system should be operated by allowing plants with cheaper operating costs to inject their output first, BNamericas said.

According to AMLO and CFE, the move was also related to the administration of water flow in the Grijalva River, which supplies four hydroelectric projects. The government argues that, under the previous scheme, water accumulated and then had to be released suddenly and in large quantities, leading to flooding downstream. The new regulation would allow the dams to release water more constantly, preventing flooding, as well as generating 40% of the energy consumed in Tabasco state, according to CFE.

“[The decree] would break with a framework that comes from the constitution and laws and I doubt this new ‘dispatch by whim’ will be allowed to proceed. We will see how the sector decides to respond. New legal challenges by those affected are likely,” said Carlos Flores, director of business developer at Nordex, via Twitter.

Court rulings have previously stopped some of the administration’s main plans in the energy sector from being put into effect. A previous decision by Cenace and energy ministry Sener to limit the ability of renewable projects to connect to the grid, justified by the objective of increasing stability in the face of the COVID-19 pandemic, has been widely contested in courts.