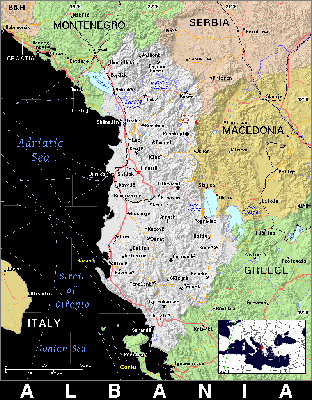 On Sept. 14, the Secretariat of the Energy Community sent an Opening Letter to Albania in Case ECS-3/19, addressing its concerns regarding the environmental impact assessment of the 99.5-MW Poçem hydro project on the Vjosa River.

The Secretariat preliminarily found that the administrative procedures conducted for the project were not in line with the provisions of Directive 2011/92/EU, with particular regard to the directive’s requirements on the content of the environmental report and its public participation provisions.

By sending the Opening Letter, the Secretariat initiated a preliminary procedure, the purpose of which is to give Albania the opportunity to react to the allegation of non-compliance with the Energy Community law within two months and to enable the Secretariat to establish the full background of the case.

According to Articles 7 and 17 of the Rules of Procedure for Dispute Settlement, interested parties may be granted access to the case file and may submit written observations on the case to the Secretariat during the preliminary procedure.

The Energy Community brings together the European Union and its neighbors to create an integrated pan-European energy market. It was founded a treaty signed in October 2005 in Athens, Greece. The key objective of the Energy Community is to extend the EU internal energy market rules and principles to countries in South East Europe, the Black Sea region and beyond on the basis of a legally binding framework.