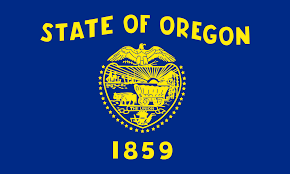 Oregon has become the eighth state in the U.S. to enact a renewable energy commitment into law.

Kate Brown, Oregon state’s governor, signed a bill mandating utilities and energy providers to provide customers with 100% clean electricity by 2040. This is the most ambitious “clean energy timeline” in the U.S. so far.

Utilities must reduce greenhouse gas emissions associated with electricity sold to Oregon consumers by 80% by 2030 compared to 2010 levels and by 90% by 2035 to reach 100% by 2040. Previously, Oregon had set a target to produce 50% of its total electricity from renewables by 2040.

The law forms part of efforts by the government to address climate change while creating jobs.

“I continued to make climate action an urgent priority as Oregon continues to grapple with repeated climate disasters, the impacts of which are felt disproportionately by Black, Indigenous, Latino, Latina, Latinx, Asian, Pacific Islander, Tribal, communities of colour, low income, and rural communities,” Governor Brown said in her statement.

As a result of the law, utilities have been asked to develop clean energy plans and reports on how they will reduce their carbon emissions and file with the state energy regulator.

Other directives from the law include:

Hydropower provides more than 40% of the state’s electricity and has the potential to be accelerated to play a key role in the new renewables target. However, with the increase in the occurrence of droughts, options such as wind, solar and hydrogen are also expected to play a significant role in the achievement of the target.