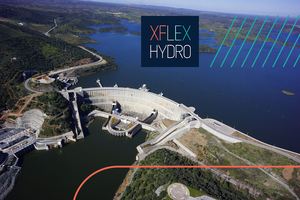 A major new energy innovation project to demonstrate how smart hydropower technologies can deliver a low-carbon, reliable and resilient power system was launched at the United Nations climate change conference (COP25) in Madrid, Spain. The €18 million initiative was announced by the European Commission and a consortium of 19 partners, including the International Hydropower Association.

The XFLEX HYDRO (Hydropower Extending Power System Flexibility) project is a four-year initiative by utilities, equipment manufacturers, universities, research centers and consultancies. It will demonstrate how modern hydropower plants can provide the vital power grid services required by variable renewables such as wind and solar power.

The XFLEX HYDRO technologies to be tested are enhanced variable- and fixed-speed turbine systems, smart controls and a battery-turbine hybrid, each of which will be demonstrated at hydropower plant sites across Europe. Over the next four years, XFLEX HYDRO innovations and technologies will be demonstrated at these sites: Z’Mutt in Switzerland; Grand Maison and Vogelgrun in France; and Frades 2, Alqueva, Alto Lindoso and Caniçada in Portugal.

The project will conclude in 2023 by delivering a roadmap to increase adoption of the technologies across the hydropower fleet, with policy and market recommendations for governments, regulators and industry.

The initiative has received funding of €15,103,379 from the EU’s Horizon 2020 research and innovation program. It aims to help the EU achieve a target of achieving 32% of energy from renewable sources by 2030.

“Combining the excellence and expertise of 19 partners from across Europe, the XFLEX HYDRO project will test innovative solutions based on renewable energy sources that will provide greater flexibility and sustainability to the energy system,” said Patrick Child, deputy director-general for the European Commission’s Directorate-General Research and Innovation. “The project aims to increase hydropower’s potential in terms of plant efficiency, thereby boosting electrical power systems and enabling plant and system operators to operate more successfully in electricity markets. This can make an impactful contribution to European renewable energy objectives and policies.”

IHA is a non-profit membership organization committed to advancing sustainable hydropower by building and sharing knowledge on its role in renewable energy systems, responsible freshwater management and climate change solutions.