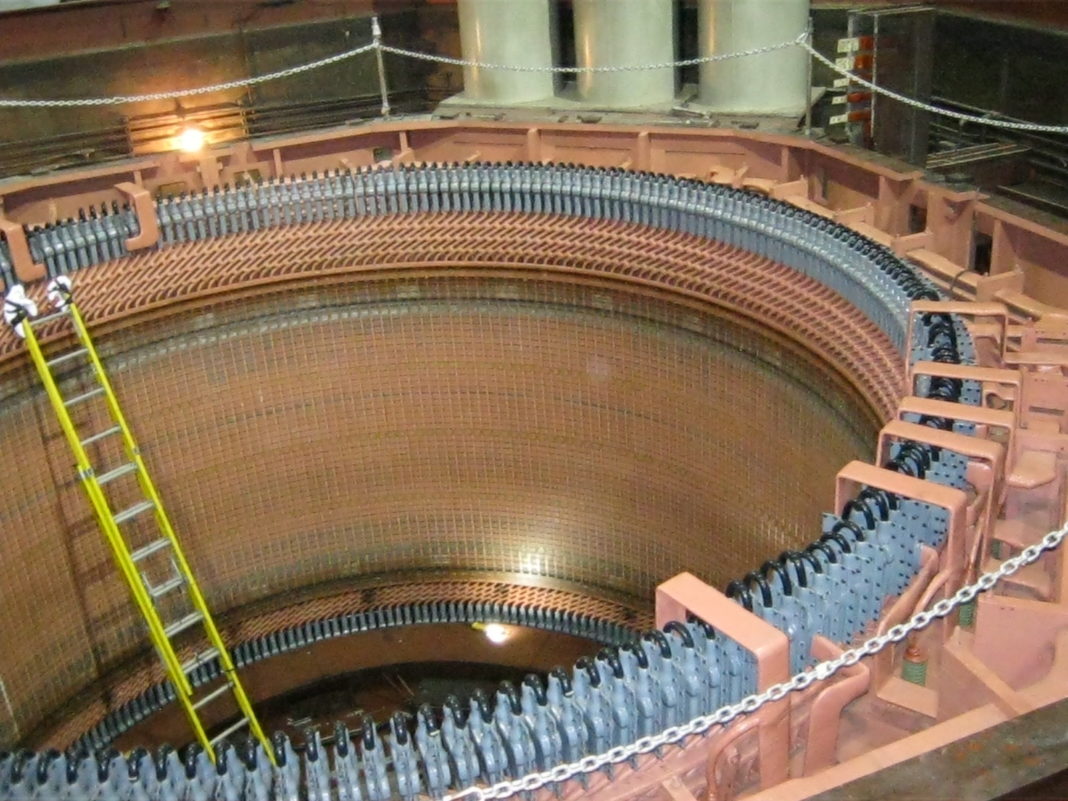 This article examines four alternatives used for core and winding repair when localized damage occurs due to a failure. It shows examples where some of these techniques were used, as well as the technical aspects of these repairs.

The most likely component of a hydroelectric plant to fail is the generator, according to a study by SINTEF.1 A second study by Enel on 250 machines shows that stator faults, although less frequent than other faults, are responsible for longer outages.2 Other studies on this topic have drawn similar conclusions.3

The conventional solution for these faults involves replacing the stator core and winding. This solution has many benefits, but it is costly and requires a long outage.

In some cases, the conventional solution is not preferred due to the cost and/or outage limitations. A solution must be found to allow for at least temporary operation of the unit until a permanent repair is performed. Developing an efficient repair method for these cases by reducing the cost and outage time of the machine is essential. This can make sense if there is localized damage that affected the core and stator winding, for example due to a short circuit and/or damage caused by a part that broke in the rotor.

This article compares the various repair methods used when one of these faults occurs, evaluating the benefits and impacts of each solution:

The photos above provide an example of a cosmetic repair to a damaged winding and core.

Table 1 provides a comparison summary of these methods, including the outage duration, advantages and disadvantages of each.

Inspections and tests executed during the repair

Most of the time, removal of generator cover plates will be necessary to access the winding end-turns. The removal of a cooler or the opening of cover plates on the generator frame can give access to the back of the core to assess possible deep-seated damage. It might be possible to look at the stator winding wedging system with the rotor in place, from the space available between two rotor poles. When this is not possible, removal of two to four, depending on the size of the unit, can facilitate access to the stator bore surface.

Depending on the type of damage (deep-seated damage after a short circuit or significant damage on the core air gap surface), it might also be required to remove the rotor before an inspection. Tools such as a set of mirrors or a borescope can ease the inspection. A borescope can be used to assess the condition of the stator winding radial wedging system in the air gap or to detect deep-seated damage from ventilation ducts.

During an inspection after a forced outage, attention should be paid to any unusual signs on and around the winding, such as foreign materials and debris. In one example described in this article, aluminum debris was found in the end-turns and ventilation ducts. Particular attention should be paid to unit cleanliness (contamination). Black dust may indicate overheating and help to localize a ground fault. Evidence of looseness, overheating, electrical deterioration, mechanical damage, dusting and corrosion could be signs that can help locate the fault and identify its root cause. The inspection should not be limited to the winding end-turns but also include the stator connections (group, serial and circuit ring connections), winding circular, phase and neutral busses, bracing elements (ties, bracing ring, etc.) and wedging system. The inspection should also include the ventilation ducts, bore and back surface of the core to help identify in-slot damages.

During the inspection, aspects such as generator history, previous maintenance and outages, and the unit’s condition before failure should be taken into account. Useful guidelines of aspects to be considered during an inspection, inspection forms and recommended tools are available.4 Additionally, IEEE Std 492-1999 provides more information on generator inspections.5

The main tests involved in this type of repair are basic and similar to tests done to evaluate the condition of the unit.6 A brief description of each test is below:

An EL CID test is highly recommended, and it helps during the repair work but is often not seen as sufficient. As a final test (after the repair has been carried out), a loop test or core magnetization test may be performed to detect hot spots in the core. In cases where the winding is installed and a magnetization test is performed, it is advisable to reduce the flux density in the yoke. Normally a flux density of 1.0 T or less is recommended. This level of flux density can help mitigate or avoid vibration risks in the machine, reducing the risk of damaging the winding while still producing reasonable results.

To validate the repair methods proposed in the article, two examples are shown:

Two interpolar aluminum supports broke and caused rotor/stator contact. The stator core was heavily contaminated by aluminum debris, mainly in the first and last packages (upper and lower). About 25% of the core was damaged (~130 m­2). In addition, 67 upper bars were damaged, to varying degrees. Damage also occurred in the rotor and air deflectors.

The first step performed was a detailed visual inspection of the damage. Thereafter, the core and winding were cleaned, and preliminary tests were performed to verify the extent of the damage. These tests included insulation resistance and Hi pot (ramp DC), Ohmic winding resistance and EL CID (full core). In the EL CID test, 25% of the core surface had a current measured above 100 mA. The test performed showed that despite the significant area, the damage was superficial.

One of the damaged areas was chosen to determine and validate the best repair process. Brushes, magnifiers, and belt and rotating sanders were used for cleaning of each spot damaged.

A damaged stator core is visually inspected and sanded

Once the method was validated, a complete core repair was started. After the rework, a core magnetization test was performed, and hot spots were observed (where the temperature was more than 10 K above the surrounding areas). Localized repairs and EL CID were performed again at these areas and magnetization tests were repeated. This process was repeated until all spots were treated.

Bar damages were also repaired, with seven bars replaced. All winding wedges were replaced. The total unit outage period for repairs was five months. The unit has been in operation since 2012.

The machine suffered a phase to ground short circuit (fault near the end of the stator core). This short quickly became a two-phase short circuit due to a failure in the cable between the ground cubicle and the neutral of the generator. The failure resulted in two separate and prolonged high-intensity discharges with significant damage to the core and winding.

In addition to the core, four stator bars were damaged beyond repair and several bars suffered damages in the insulation. Group connections, circuit rings, neutral terminals and current transformers were also affected.

The first step was to perform a detailed visual inspection of the damaged area. Soon after, a core and winding cleaning was performed, and preliminary tests were carried out to verify the extent of the damage. These tests included insulation resistance and Hi-pot (DC ramp test) and ohmic resistance of the winding. Based on this assessment, a repair with partial disassembly was the best option.

The repair consisted of:

The first step in the repair was the removal of the bars, end plates and pressure fingers between slots 34 and 74 (damaged area, see photos below). A support was installed and the laminations on the end were hoisted, allowing removal of the overlapped laminations. This process continued until all damaged laminations were replaced with new laminations.

Figure 2: Diagram (at top) and photo (at bottom) of the area where the laminations were removed

After installation of the circuit rings, group connections and repairs in the neutrals leads, the final tests were performed (insulation resistance, Hi pot and ohmic resistance) and the machine was returned to operation.

The total outage period for repairs was a month. The unit has been in operation since 2015.

While the conventional solution for replacing the core and stator winding has many benefits, sometimes it is not the most effective one when cost and/or outage limitations are taken into account. In the two examples, the repair outages were five months and one month. A typical winding and core replacement outage would have taken 18 to 24 months from notice to proceed.

Alternative solutions such as localized core repair with partial lamination replacement or repair without lamination replacement should be reviewed because they reduce the machine’s outage time and cost. This is especially true if there was localized damage that affected the core and winding of the stator, for example after a short circuit and/or damage caused by a part that has broken in the rotor. It is important to emphasize that such fixes are challenging and need an in-depth understanding of the machine and a skilled repair crew.