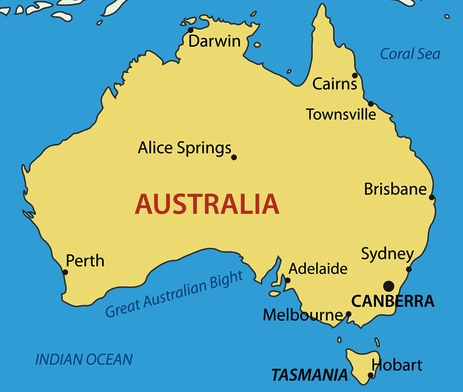 A report from the Australian Clean Energy Council says hydropower is poised to play an “integral role” in supporting the integration of increased wind and solar generation in Australia’s national electricity market, according to the International Hydropower Association.

The report, “Hydropower: The backbone of a reliable energy system,” explains the technology’s enormous potential to provide storage and flexibility for wind and solar power while also filling the gap left by retired coal power stations.

There is about 8.5 GW of hydropower capacity in operation across Australia, providing about 6.4% of total energy demand in 2020. To replace retiring coal power stations, the report explains that the country needs an estimated 19 GW of dispatchable energy by 2040.

Malcolm Turnbull, Australia’s former Prime Minister and Chair of the International Forum on Pumped Storage Hydropower, and Roger Gill, President of the IHA, both spoke at the launch of the report on Nov. 17, 2021.

“This is the new age for pumped storage. But here’s the thing: We have to get on with it,” said Turnbull. “The application of pumped storage has never been more important than it is today.”

Gill, moderating the panel discussion, provided global context by highlighting the urgent task facing governments, industry and investors around the world. “Investment in sustainable hydropower, including pumped storage, is not yet anywhere near the rate necessary to support the clean energy transition,” he warned.

Clean Energy Council Chief Executive Kane Thornton said: “While these projects typically have a high upfront capital cost, investors are willing to spend the money to build new hydropower and to refurbish existing assets. However, to make this investment worthwhile, investors need to know that these projects will recover their investment and receive revenue for the value they provide customers and the energy system.

“Unlocking the full potential of hydropower, therefore, requires market reforms that incentivise these services as well as strategic investment that underpins new investment and critical network expansion and augmentation to ensure strong connection and access to the energy grid,” he added.

Earlier in November, the New South Wales Government revealed that its A$50 million Pumped Hydro Recoverable Grants Program had received 11 GW of proposals – over five times the 2 GW it needs to support wind and solar projects within the state’s renewable energy zones. Thornton said that this is further evidence of strong investor appetite under the right policy settings.